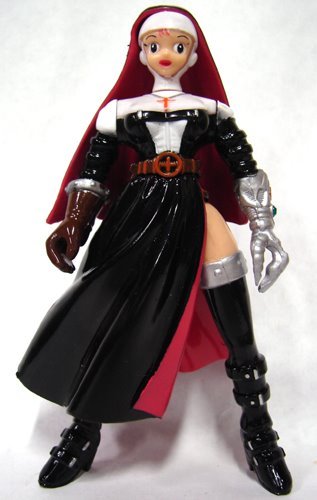 I've gotten a few PMs since I joined up at Retromags from other members asking me what my name means, or where it came from, so I figured it would be a good idea to answer that question out in the open, once and for all.

First of all, Areala is not a misspelling (intentional or otherwise) of "areola". One is my user name, the other is a part of the body. Just figured I should get that out of the way.

Those of you who were reading small-press comics in the mid-90s may have guessed where my nick came from; those of you who think comics begin and end with Marvel and DC, I can only shake my head in pity

. In December of 1994, Ben Dunn (creator of Ninja High School and head of Antarctic Press) wrote the story and drew the art for a comic entitled "Warrior Nun Areala". Areala, in this case, is really a nun by the name of Shannon Masters who (in an alternate version of our reality) serves the Catholic Church in its ever-present struggle against the forces of Hell. The Warrior Nun caste is a group of holy women who have been trained in combat so they can repel a demonic invasion of Earth should such a thing come to pass. And in 1994, it very nearly happened as a man known as Julius Salvius strove to make the sacrifices necessary to release Lucifer upon the planet. Shannon Masters fell in combat against a creature known as Demon Foster, but was denied entrance to Heaven by the original Warrior Nun Areala, who informed Shannon that she was going to be the avatar of Areala on Earth and work against the forces of Hell in her name. And thus, Areala returned to Earth in all her butt-kicking glory to have many more adventures over the next several years. 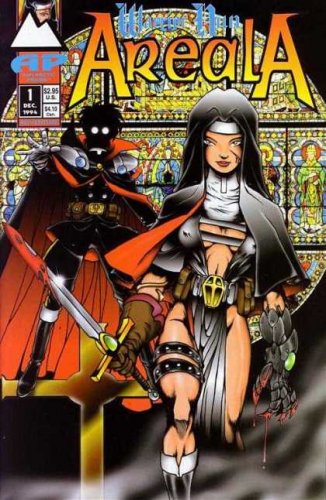 Sure, it sounds cheesy, but it was fun to see a kick-butt female given a prominant role in a comic book, and like me, Areala had red hair. I decided to use her name in my online interactions on the first MUD I played on, and as such it has carried over into more than a decade's usage on a variety of online games, discussion forums, UseNet, and other websites. I am not the only Areala out there, but I feel confident that I was the first since I started using it in 1995.

Warrior Nun Areala is no longer being run as a comic series, but Ben Dunn and a number of other AP-affiliated artists still will draw her on commission. Dunn himself has a DeviantArt account under the name DogSupreme, and you can see some nifty illustrations of her there too.

So that, ladies and gents, is where your Mod Raider gets her username from. For more information on Areala, you can read her character bio at the Comic Book Database, or check out the Warrior Nun Areala page at Wikipedia!