This blog entry deals with a game that features adult subject matter, including adult language, mature sexual themes, and graphic depictions of violence. If you are easily offended by such things or have not reached the age of consent for your area of residence, please do not read any further or click on any links featured within.

In keeping with this month's recurring horror theme, I'm cranking it up a bit (hopefully without violating any posting rules) and introducing every last one of you to one of the best Japanese visual novel-style games of all time, Divi-Dead. 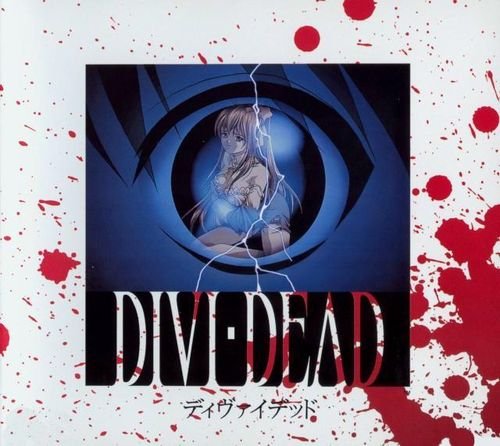 Yes, I'm coming to that. See, in Japan, there's a very popular sub-category of the adventure genre known as the Visual Novel. Visual Novels are different from your traditional adventure titles, such as Myst or Syberia, in that they emphasize the telling of a story and tend to ignore puzzles or at least relegate them to the background. If you've ever read a Choose Your Own Adventure story, or played one of the "Fighting Fantasy" gamebooks that were all the rage back in the 1980s, it's a lot easier to understand. Your choices in the game drive the story forward, and the decisions you make ultimately influence the outcome of the story, and can sometimes lead to premature "Game Over" situations.

Most Japanese visual novels would be considered "dating simulations". These stories tend to cast you as a teenage protagonist who is interested in dating one (or more) girls at your job, your school, or within your circle of friends. The choices you make as you interact with the characters ultimately determine who (if anybody) you wind up being with at the end. They've been around for years, and are probably the most popular style of visual novel out there.

Divi-Dead, however, is something completely different. Playing Divi-Dead is akin to placing yourself into the center of a Japanese horror film and seeing what happens based on your choices. It's a very text-heavy title that relies more on building up a creepy atmosphere of suspense as you are playing and creating a lingering sense of dread as you start to realize that something very bad is going on, but that you probably have no way of preventing it. The story is amazingly convoluted, and it will probably require several play-throughs before you figure out all the details about what has happened. It also has 3 endings based on your actions, and viewing all of the endings is necessary if you want to have a hope of figuring out what is going on. But...what is going on? 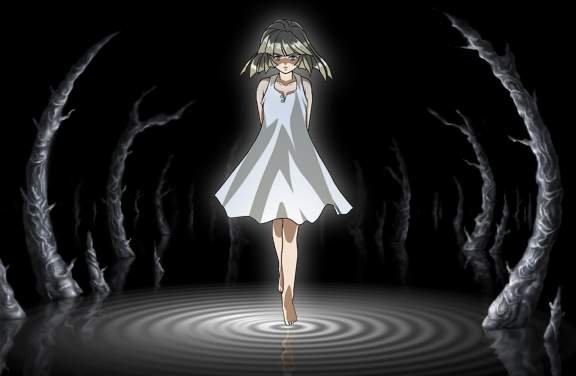 The game starts off with a very creepy introductory movie, a dream in which the protagonist of the story (you) is violently assaulted by an unknown attacker while in your hospital bed. Waking up from the dream, you find yourself in the dorm room of your new school. You're Ranmaru Hibikiya, a transfer student now attending Asao Private Academy, a secluded boarding school built in the mountains which houses several hundred students. It just so happens that your uncle is the Dean of the school, and he's pulled some strings to get you accepted there. In exchange for this, he wants you to be his eyes and ears on campus; some bizarre things have been going on within the student body as of late, and any light you can shed on the weirdness would be helpful.

What follows after your initial wake-up period is several days of tension that threatens to boil over into something nasty. The students at Asao are all isolated from the outside world, but incidents of violence are escalating, people are seeing things, and many of them are behaving way out of line. It's your job, as Ranmaru, to make sense of everything that you've been swept up into, because if you can't, then things at Asao are going to come to a very bad end. 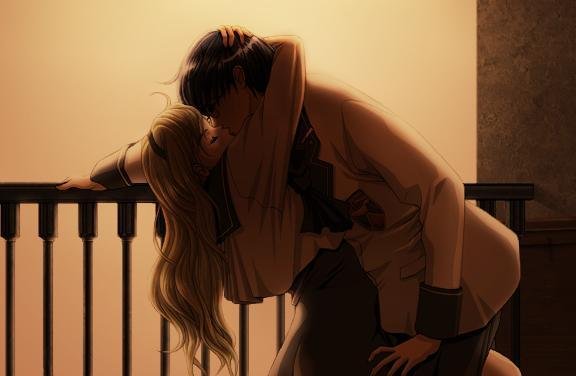 Divi-Dead doesn't shy away from the graphic and gratuitous. Sex and violence both feature very heavily into the plotline, and if you have a weak stomach, you won't want to continue very far into the story. The scenes are all rendered in a beautiful 16-bit style, and more than once you will probably find yourself asking how they got away with showing what they did. In addition, the game is fully voice-acted by an all-Japanese cast, which is an exceptional treat. The music is stylistic, with tunes that are laid-back and a few darker, more foreboding tracks that drip with suspense. Wandering aroud a darkened school at night isn't something that most of us get to do, but Divi-Dead requires it, and the artwork brims with realism and a suitable undertone of shadowy menace. 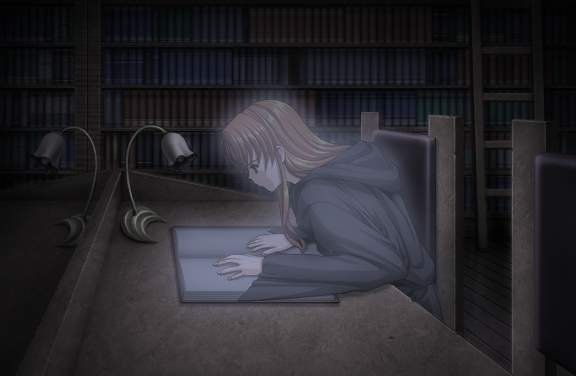 "But Areala," I hear you say, "this is all well and good but how can I play Divi-Dead for myself?" I'm so glad you asked. See, a group of enterprising individuals with plenty of time on their hands have seen fit to convert Divi-Dead from a PC-only application to Flash, allowing you to play it, online, for free. You can check it out for yourself right here if you so desire, and I highly recommend that you do. Simply use the left mouse button to click through the text that appears in the bottom of the screen, and when decision points show up, use the mouse to pick your choice and the game will advance. If you need to save your game, left-click on the gargoyle face in the lower-left corner and pick Save. To resume, pick Load and pick your slot; the game will pick back up again. Left-clicking on the gargoyle in the lower-right corner of the screen will bring up the Gallery % that you've unlocked so far. Clicking on that pop-up will (after a few seconds) load the image Gallery so you can browse and review the images you've already seen. To exit this screen, just click on the area where the game displays the text normally, and it will take you back to the game in progress.

The famous curse reads, "May you live in interesting times." The trick with Divi-Dead isn't figuring out how to live in them, though. It's figuring out how to avoid dying in them. So, go check it out, and feel free to report back here in the comments thread about your experiences!