Released in 2003 to very little fanfare by a company that was known only for producing driving simulators, Kya: Dark Lineage came out of nowhere as a 3D platformer that was ambitious to make itself heard in a world that was already overcrowded to the point of bursting. No doubt, many gamers looked at the simple cover art and the fact that it was developed by Eden Games (who?), and dismissed it outright as being unworthy of their attention without even the respect of a rental. 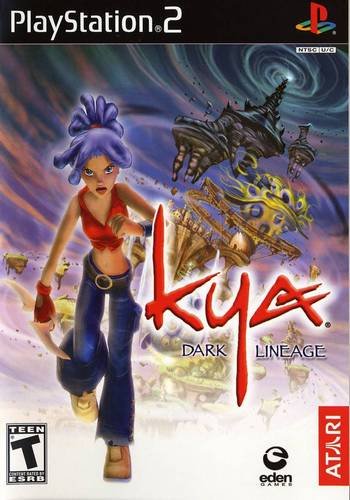 This is a shame of epic magnitude, because while it is not perfect, Kya: Dark Lineage was an utterly beautiful entry into the platforming world that managed to incorporate the standard elements of running, jumping and climbing with a minimal application of stealth techniques, long-range fighting, puzzle solving, up-close fisticuffs (with upgradable combat moves), and the ability to ride about the world on currents of air and even slip-and-slide through levels on the back of a helpful dinosaur-type creature or hop on your own magic board to traverse the kind of downward-sloping terrain that would have given the entire cast of SSX a case of vertigo. The surprise here is that Kya successfully uses ALL of these gimmicks in ways that are fresh and enjoyable and unique to create a very complex and yet easy-to-learn game with a world that is constantly expanding and opening itself to new means of exploration for the titular heroine of the story.

And while the story isn't the most original plot in the world, it still manages to hold its own. Kya is your typical blue-haired teenager, angry with the world because her father left her a number of years ago without saying goodbye. She now lives with her half-brother Frank in the city, but one evening, Frank makes a startling discovery: Kya's father left behind some of his work, hidden in a secret room that was walled off until Frank broke into it. And as Kya and Frank explore the room, looking at the books and charts and weird stuff he left behind, they accidentally activate one of the relics. This creates a portal that draws Frank and Kya into an alternate dimension. 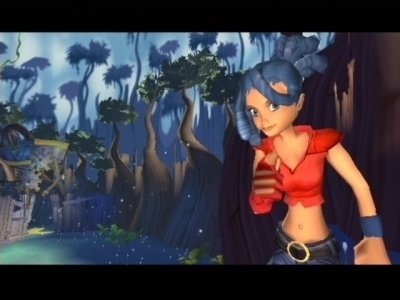 Kya is found by the friendly critters of the realm, the Nativs. They save her from an ambush by the nasty bad guys, known as the Wolfen, and lead her back to their village where the Nativ elder has some alarming news for her. Frank has been found as well...but not by the Nativs. The cruel master of the Wolfen, known as Brazul, has found her half-brother and is determined to commit a number of heinous acts upon his person. Just as Kya is reeling from the knowledge of her half-brother's capture, the elder drops the other shoe. Brazul is none other than the man who walked out on Kya years ago, warped by some dark power that has led him to create the army of Wolfen that have pushed the Nativs nearly to extinction. But with Kya's help, maybe, just maybe, the Nativs can push back, defeat Brazul, and rescue Frank. Kya's game. But are you? 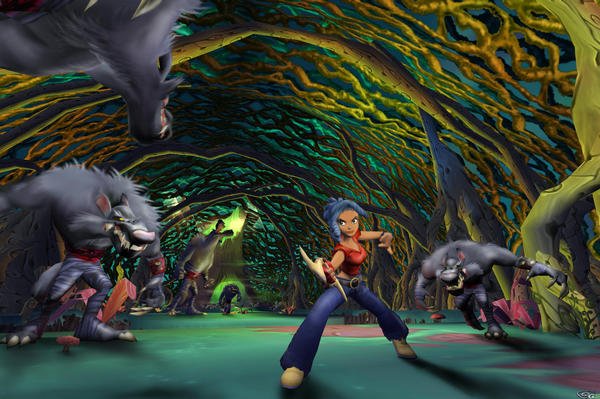 This world is beautifully rendered, with a European flair for pastels and lightly blended colours, and a draw distance that seems to go on forever. Indeed, an early item you can acquire is a telescope that allows you to zoom in on distant locations and see just how much detail has been devoted to the game's setting. The world of the Nativs and Wolfen is composed of large "island" landmasses, free-floating in the etherical sky of the dimension, and getting from one area to another often requires a lot of jumping, climbing, hanging off of ledges, free-falling, riding your magic board, or even flying through and riding on the currents of air that rush through various points of the land. Frequently, you'll crest a hill after a long climb and have to stop to admire the vista that's just been revealed to you. Frequently, you'll also enjoy flying through the air while trying not to slam into the spiked vines that grow out of some of the walls and attempting to land on one of the large, explosively-soft plants that will break your fall at the end. Bungie jumping without the bungie cords scares the crap out of me, but Kya takes to it as effortlessly as the Nativs do, and the introductory sequence of the game does a very good job of introducing the mechanics of sliding through tubes, sneaking past Wolfen, and riding the air currents as well as your basic running and jumping. A later tutorial shows you the ropes of hand-to-hand combat. Kya: Dark Lineage never shows you your goal without giving you an idea of the means to succeed, so if a new gameplay mechanic is necessary to proceed, you'll always know what you need to do. Knowing what you need to do and doing it right are often two different things, and it's not uncommon to go flying off the side of a sliding sequence or find yourself crashing into the walls while in free-fall. Thankfully, Kya operates on a strict policy of no lives and automatically returns you to the start of whatever challenge you failed. This is a nice change from the "load the last save" mentality of many platformers (especially Tomb Raider), and with practice it's quite easy to master these segments and reap the rewards of advancing the plot. 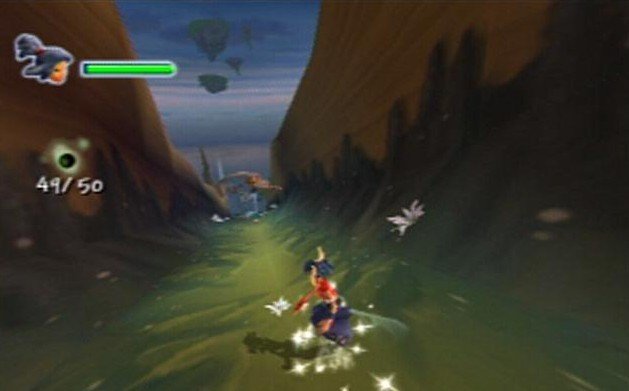 The magic of Kya isn't so much that it is a perfect game, because it's not: the voice-acting is slightly better-than-average, the story is quite derivative of the "only you can save us" plot bunny that has been hopping around since the days of Super Mario Bros., and it suffers from the occasional glitch like accidentally clipping through a wall that can grind your play to a halt and force a section restart. What is magical about Kya is the fact that it so successfully pulls together so many of the various tropes of the platforming genre (running, jumping, smashing boxes, puzzle solving and fighting) then adds the additional elements of free-falling, magic boarding, and stealth into the mix without becoming a game that is a jack-of-all-trades but master of none. Kya does everything it sets out to do, and it does it quite well. Anybody who is a fan of the likes of Rayman, Crash Bandicoot, Prince of Persia or Super Mario 64 owes it to himself or herself to at least try Kya out. And I'll bet you dollars to Nooties that you'll have just as much fun with it as I did.

Sadly, though not unsurprisingly, there was meant to be more to the Kya franchise. The ending leaves our heroine facing an enormous cliffhanger that was clearly meant to be fleshed out in a sequel that was never greenlit due to lackluster sales, much like the similarly criminally-overlooked classic, Beyond Good & Evil. What does exist though is a very well-done project that everyone involved with should have been quite proud of, and a shining example of how it is still possible to create magic within the "all-been-done-before" platformer genre. Because while platformers began with an overall-clad, moustachioed Italian plumber, Kya proved in 2003 that they don't have to end with him. It's just a shame too few of us took notice of that fact.