In Japan, however, they're two completely different series. Final Fantasy Adventure is actually Seiken Densetsu, the precursor to Seiken Densetsu 2, which was released in the US as "Secret of Mana" for the Super Nintendo. The three games in the "Legend" series were really based on a completely different RPG series that has only recently gained popularity in the US under it's true title: SaGa. That's right: Unlimited SaGa on the PS2 can trace its roots all the way back to 1989 on a little monochrome handheld. Pretty impressive, when you think about it.

For gamers thinking that they were buying Final Fantasy games, though, the SaGa and Seiken Densetsu titles were quite confusing. Weapons that could only be used a limited number of times? No visible XP gauge or level listings? Monsters as playable characters? This bore little resemblance to the Final Fantasy that US gamers knew from the NES, and some were downright irritated at having been sold a game that was so clearly not a Final Fantasy title. Others looked beyond the differences and found that despite the changes, they still had a solid little game for their portable system, and Legend developed a small but devoted following resulting in two solid sequels. All three are decent enough titles in their own regard, but my favorite has always been Final Fantasy Legend II. 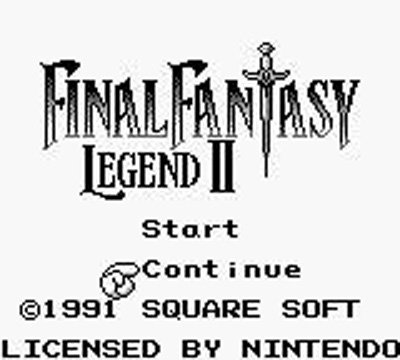 At its heart, FFL2 is a story of children growing into adulthood, a search for a father, the confronting of evils in the world that don't always take the form of hideous monsters, and a race to save the world from a power that no one person should possess. For a game released in 1990, it tackles a number of surprisingly mature subjects despite Nintendo's strict censorship policies of the day forcing it to tone itself down for an American audience. That it does so on a portable console with a cartridge size of 256k is all the more impressive, and it proves that a good RPG doesn't need fancy 3D graphics or million-dollar FMV sequences to be able to tell a damn good story.

So listen to the music from the title screen as we start our journey into my favorite Game Boy RPG of all time...

Our legend begins with a legend of its own: the Magi. Relics of a time long forgotten, the legacy left behind by the ancient Gods who created the world, they are symbols of great power. Seventy-seven pieces of Magi exist, and over the years, many wars have been fought to find, control, and use their strengths. A few through the years have succeeded in their ambitions. Far, far more have died in their pursuits, consumed by darkness and their lust for power. Thus, it is only fitting that our story begins at night.

Awakened by your father one evening, he tells you that he is leaving for a bit, and asks you to guard something for him while he is gone. Without explaining what it is or why he is heading out, your father climbs out the window and disappears into the night. He never comes home again.

As the years pass, you grow into a teenager who is bitten by the desire to find your father. And one day, you decide that it is finally time to answer the question. Your mother is worried, but supportive, as is the rest of the village where you live. Unwilling to let you leave alone, three of your friends from childhood also volunteer their services, and your teacher offers to serve as your escort until you reach the next town. So, having selected your friends and said your goodbyes, you set off into the world to discover the whereabouts of your father and learn why he left you with the mysterious gift so long ago: one piece of the Magi. 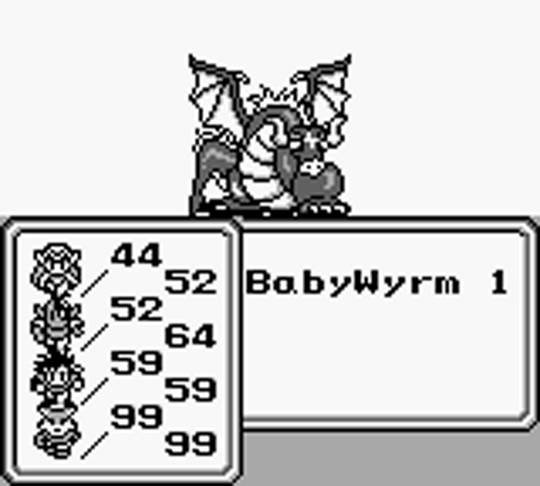 Building your party is one of the most critical aspects of FFL2, as it will determine how you play the game, how quickly you advance in power, and how ready you are to tackle the challenges that you will face. Your choices of characters, including the main character, are varied: Male and Female Humans (who are skilled at combat but lack magical talents), Male and Female Mutants (who are weaker than their Human companions but are capable of learning a multitude of spells and abilities), Robots (powerful artificial life forms whose strengths and defenses are decided by what equipment they are given as opposed to performance in combat), or a variety of Monsters (who cannot use weapons or spells, but have their own innate talents and abilities, and level up by eating the meat of defeated foes after combat). Party construction is left completely to the discretion of the player, so you could play as a mixed group (1 human, 1 mutant, 1 robot and 1 monster), a specialist party (4 mutants, or 2 humans and 2 mutants), or any bizarre combination you like (4 robots, 4 monsters, etc...). 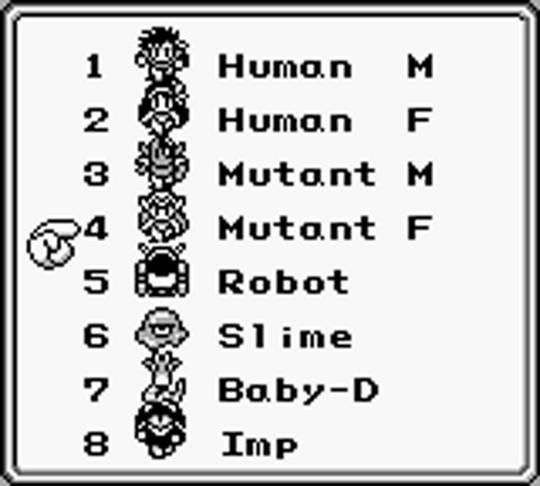 It doesn't take long for trouble to find you in the world. After reaching the first town away from home and visiting the shrine protected by a cute Cleric named Ki, you'll find that there are some ruins you can investigate to learn more about Magi. While visiting the ruins, you learn that somebody named Ashura has beaten you to the punch, and is collecting Magi for his own vile purposes. Voila, you have your major nasty identified, and your quest takes you to the Pillar of the Sky. This is a magical column that connects the physical world with the celestial realm. 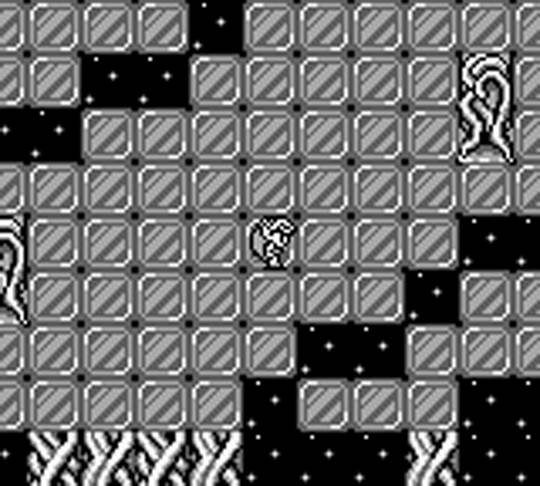 Normally, the door cannot be opened, but collecting Magi allows you to override the lock on the door and travel between the worlds. Following Ashura, you find yourself in a barren, arid world where Ashura has built himself a tower and proclaimed himself ruler, and it's clear what you have to do... 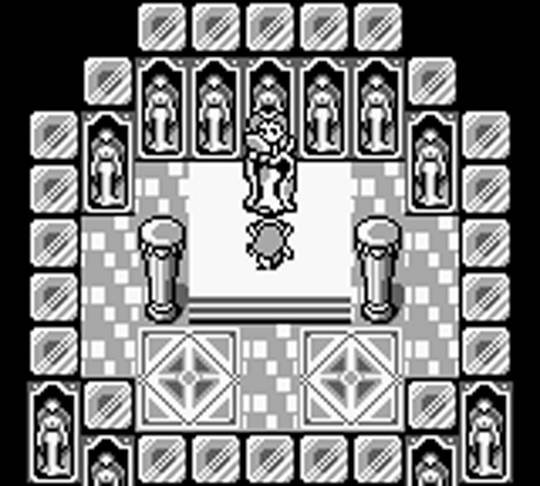 Taking down Ashura, though, is just one small step in your quest. Along the way, you run into NPCs who will join your party for one reason or another, and discover that there are far worse beings than Ashura in the world. In fact, there are a whole group of would-be New Gods who would like nothing more than to collect all the Magi for themselves and dethrone the Old Gods. You'll find a city full of nothing but the most beautiful people, who have relegated all those with imperfections to life outside the city walls. You'll deal with a group of people who are smuggling that most illegal and dangerous of items: bananas (wacky Nintendo censorship strikes again; in the original game, they were drug smugglers not banana thieves) in a world based on Edo-period Japan. You'll meet Odin (most likely several times), one of the last of the remaining Old Gods. And you'll never stop looking for your father, even in the face of the world's destruction. 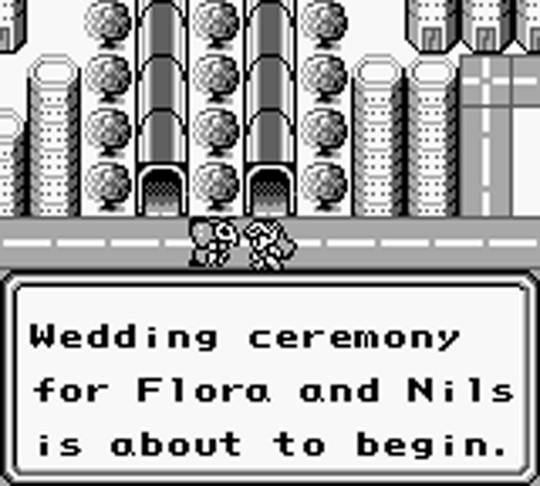 Final Fantasy Legend II has a very cute but detailed graphical style, especially when you consider that this is the Game Boy; just check out the screenshots posted throughout this entry. And the music, as you can hear from the embedded title screen theme, is some of the best that ever graced the speakers of the small portable system. While the mechanics take some getting used to, and the translation isn't the best (mostly due to Nintendo of America's bizarre policies on not discussing things like death, religion and criminal behavior in their games but also due to the fact that it was not polished by native speakers), the gameplay itself is solid and the storyline compelling enough to merit at least one playthrough. Altering your party makeup allows for some solid replay value, and there are a few hidden goodies to hunt for as well as a majorly challenging dungeon towards the end of the game which is optional but contains some of the very best equipment for your characters. 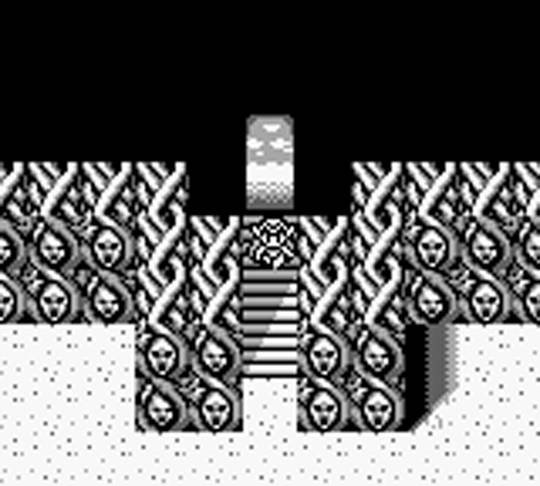 Square Enix released an updated version for the Nintendo DS entitled "SaGa 2: Hihou Densetsu" (SaGa 2: Goddess of Destiny) in Japan in September of 2009. Alas, there don't seem to be any plans for them to translate and release it here in the US. That leaves you with just your Game Boy, a cartridge, and the will to discover a classic RPG for yourself. Are you game...?