The credits on this one are more complicated than usual, so an explanation is in order.  This issue was a collaboration between ccovell and myself.  The magazine itself was donated by ccovell, but after I scanned it, I realized there were some pages missing.  It turned out that there was a Dragon Quest III sticker sheet as well as a Dragon Quest III supplement missing from the copy that was donated to me.  Normally supplements would be considered separate anyway, but in this case, the supplement was included in the magazine's page count, so I wanted to include it.  ccovell was kind enough to scan the supplemental pages from another copy he owns.

This issue marks the (as of yet) oldest issue of Famitsu to be scanned for our archives (the scan of issue 1 is of a half-size reproduction, not an original issue).  Enjoy!

I'll also include some information about the best seller lists and game-of-the-year awards which I posted in my personal thread in the forums, since it's likely that most people downloading this will overlook it otherwise:

Here's a peek at what was selling in America in January 1988: 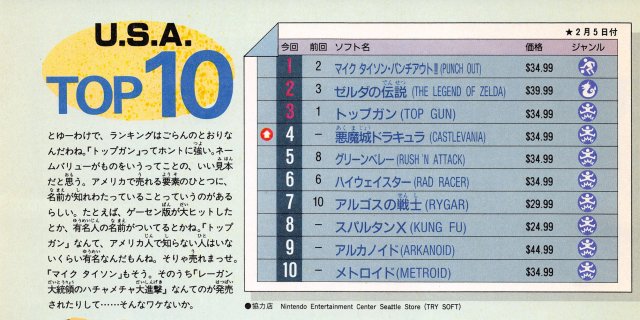 And here's my (rough) translation of the commentary on the sidebar (I'm not fluent, people).  They seem amused that a shitty game like Top Gun was so high on the charts. 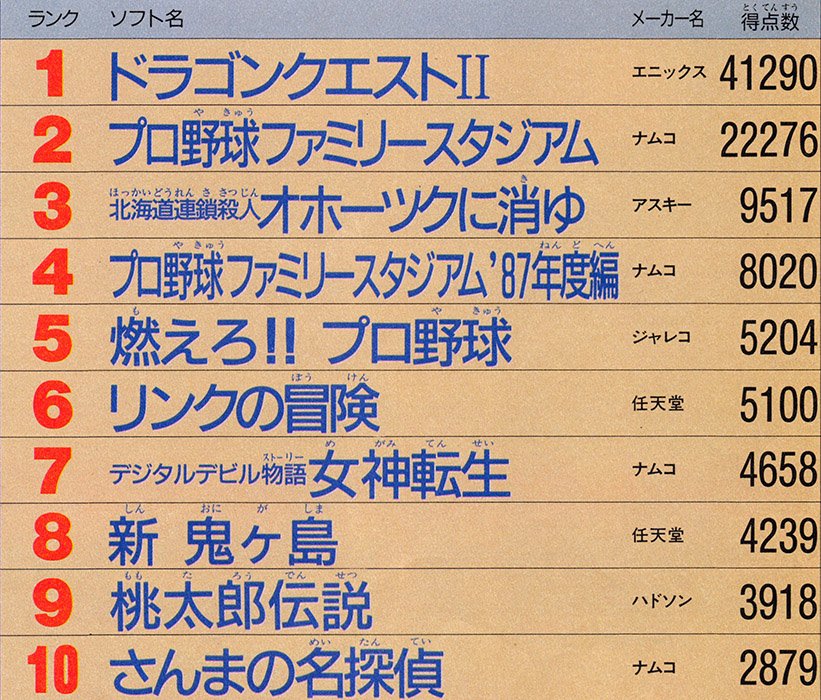 And for a complete breakdown of all of the Best-of-the-year Awards, please check out this comment (I can't copy it here without causing an error for some reason):

*This scan was made for everyone, so please download it, share it with your friends and enjoy! If you share this scan elsewhere, please say that the file is from Retromags, where anyone can download it for free. Magazine preservation is for everyone. Thank you!