Are there any 'holy grails' of half-remembered magazines you're looking for?

Issue 7 March 2000 had two pages of Jingaroo outback dreamtime adventures presents "Croco-vile the Nightmare King" part 2. It is considered an advertisement and not listed on the contents page. 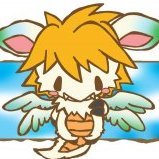