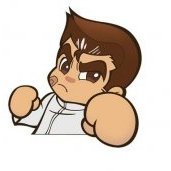 Sorry, I wasn't clear.  By default, ScanSnap paper size is set to "automatic detection."  This is actually autocrop.  By manually selecting a paper size, you are turning autocrop off.  If you select a

So it begins, I gave my first shot at scanning something. I opted for 600 dpi because why not :). Jpgs shouldn't be compressed. Let me have your impressions. https://drive.google.com/open?id=1s

Hello, not posted here for a long time, scans are slowly proceeding, the new url is https://archive.org/details/@japanesemagazinesscans?sort=titleSorter 50th upload on sight! Meanwhile I acquired