Raspberry is a bishoujo game magazine published by Softbank.  A total of 17 issues were published between July 2001 and June 2004.  Initially launched as a special edition spinoff of the Dreamcast magazine "Dorimaga," the magazine covered Dreamcast bishoujo games to some degree but mostly focused on PC titles, especially towards the later years of the magazine's life as Dreamcast releases dwindled to a halt.  Despite covering adult games, however, sexual imagery and screenshots were not shown. 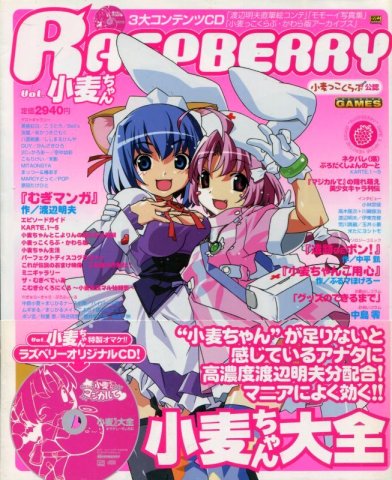 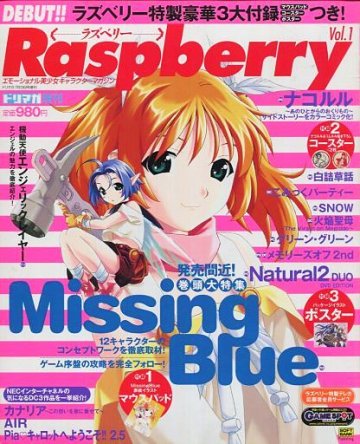 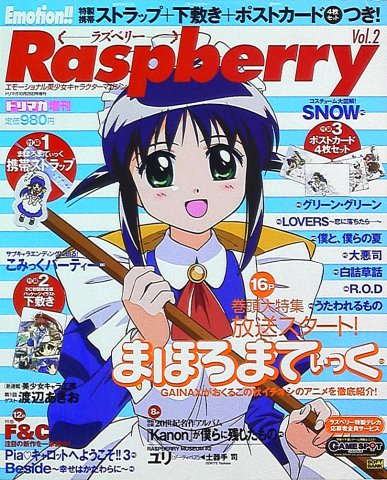 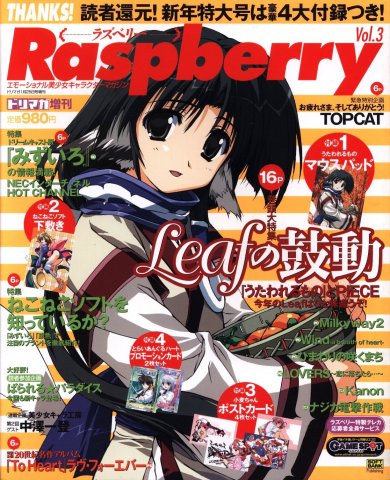 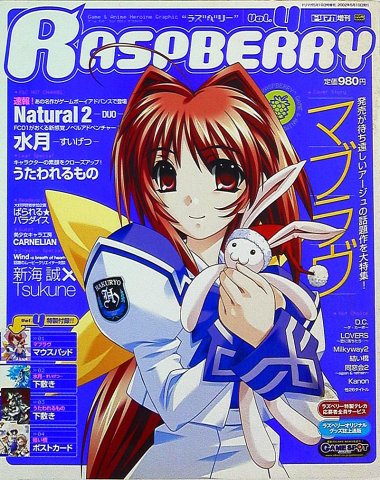 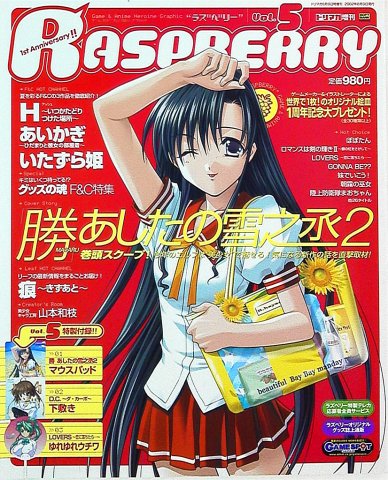 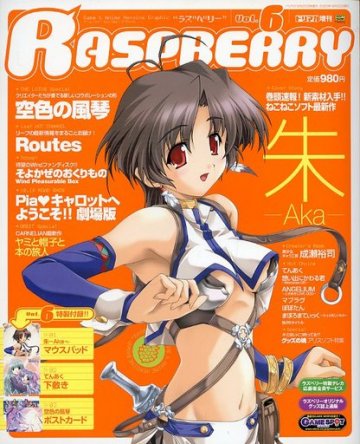 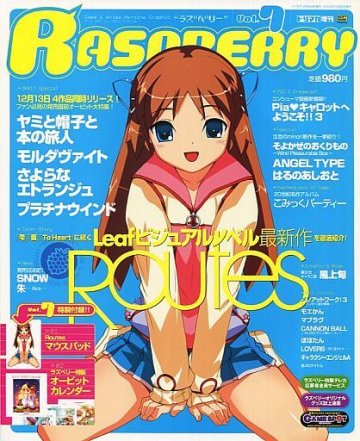 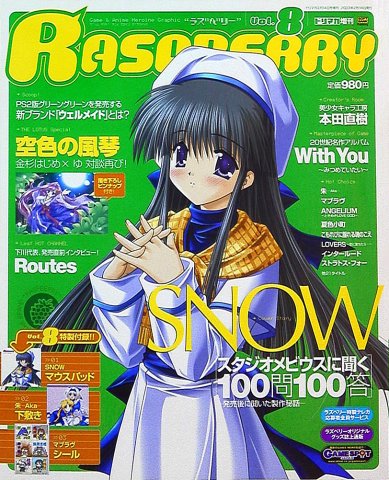 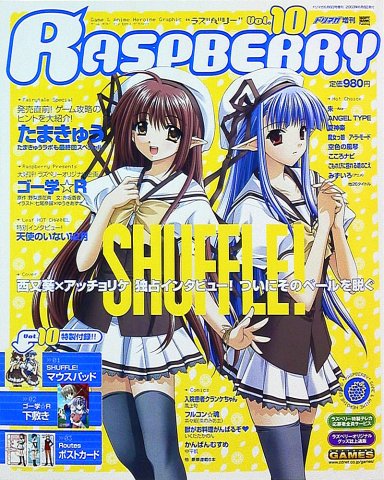 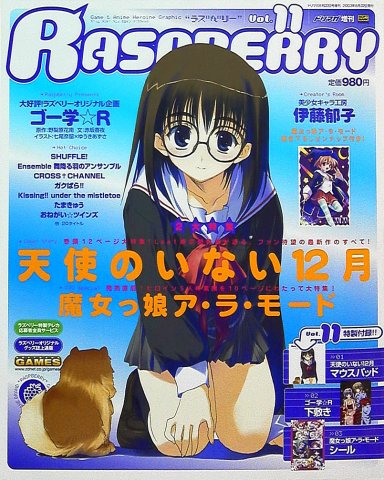 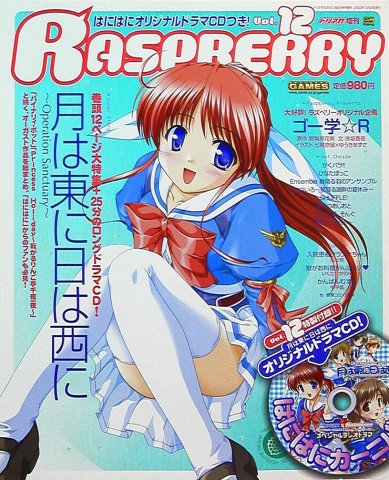 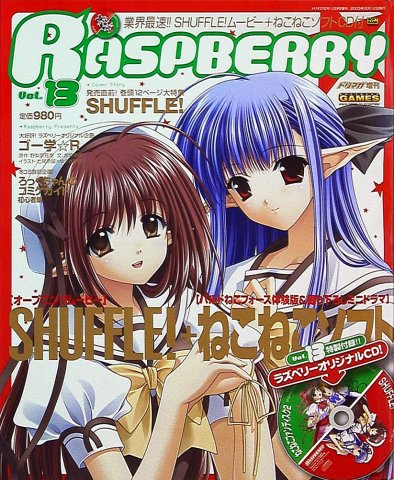 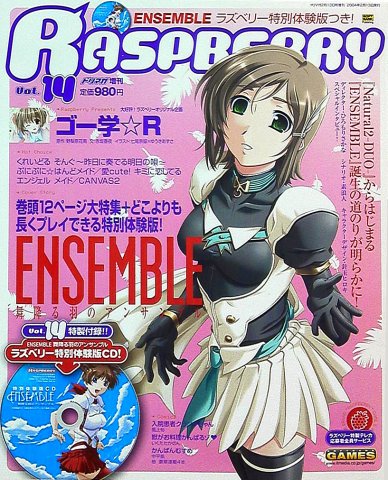 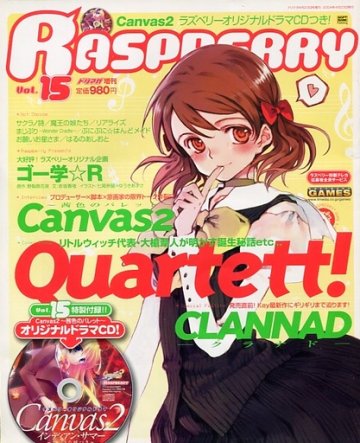 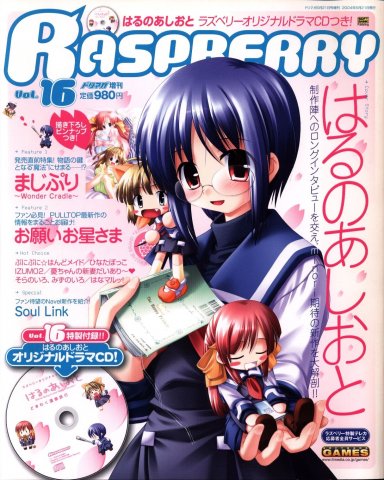 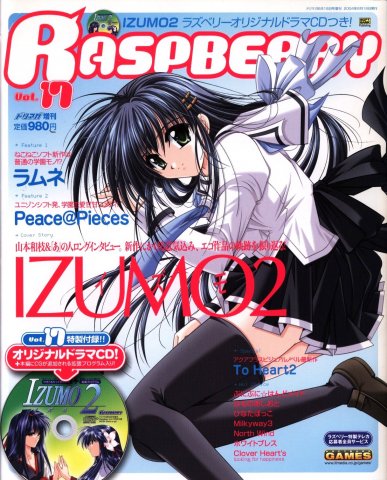