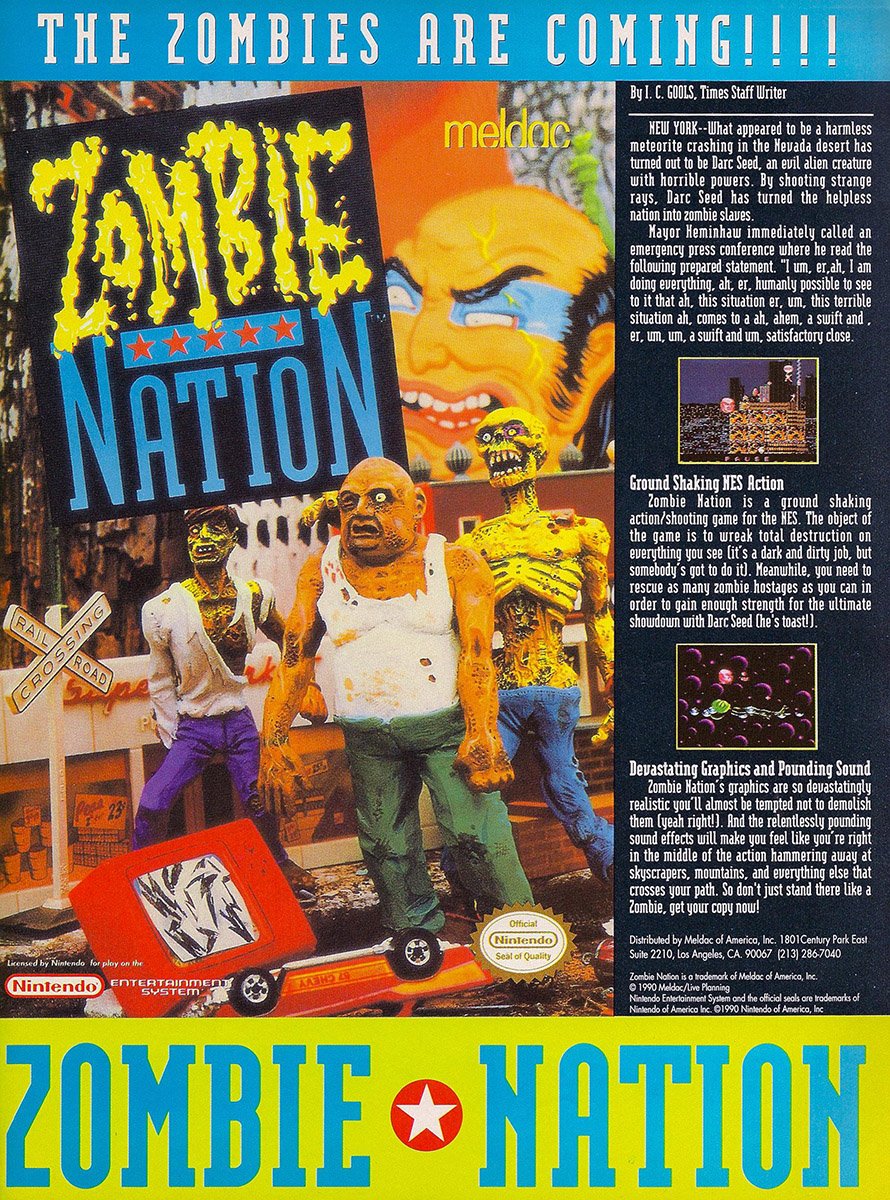 Called Samurai Zombie Nation on the title screen.
The original Japanese release was called Abarenbō Tengu and the player character's sprite was a Tengu mask. This was changed to a samurai head for its North American release, presumably because most western audiences are unfamiliar with tengu, a creature from Japanese folklore.