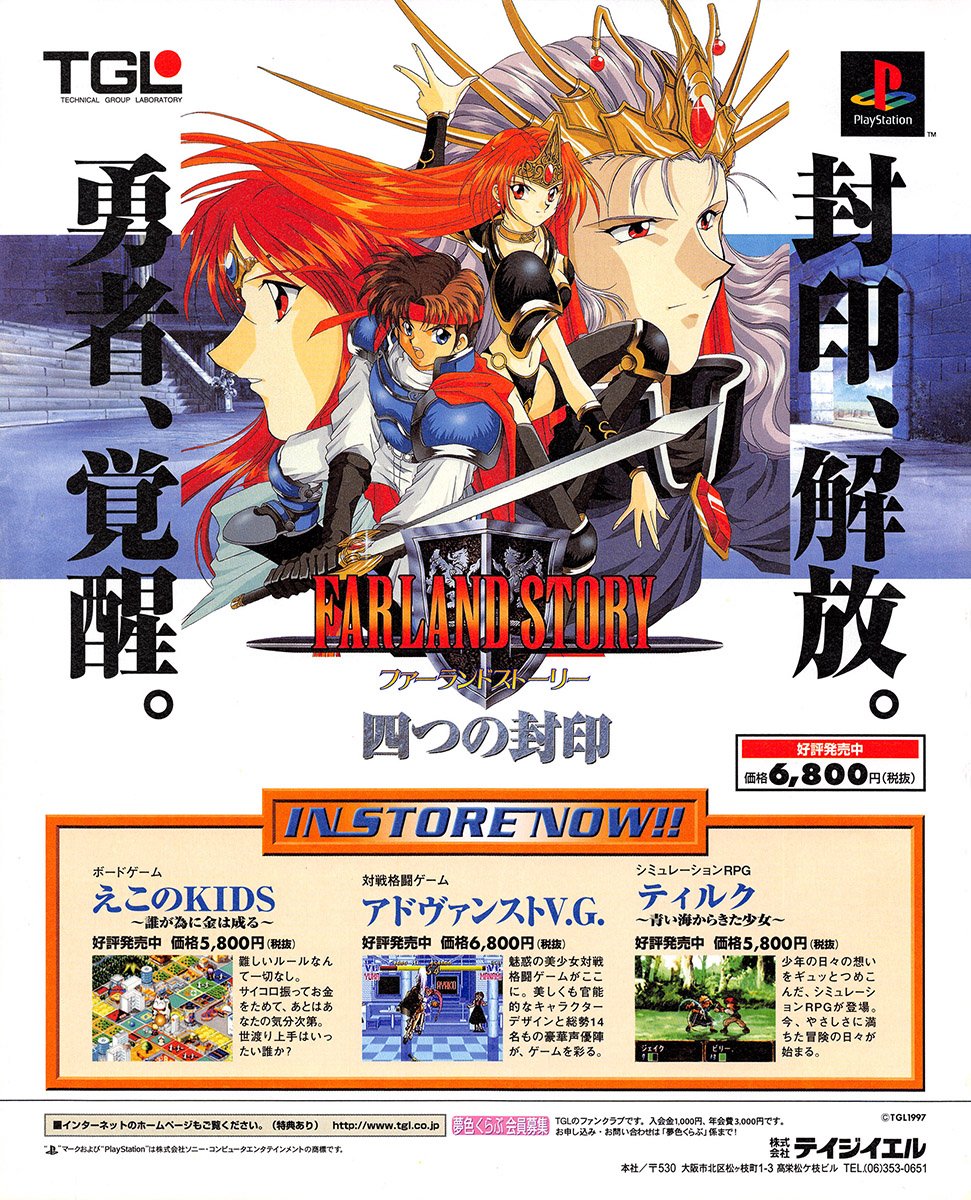 This is a remake of Farland Story: Yottsu no Fuuin released in 1995 for the PC, Saturn and SNES, which were themselves remakes of the first two games in the long-running strategy RPG series Farland Saga, released primarily on the PC98, but other platforms such as the SNES as well.
Released
JP: November 27, 1997