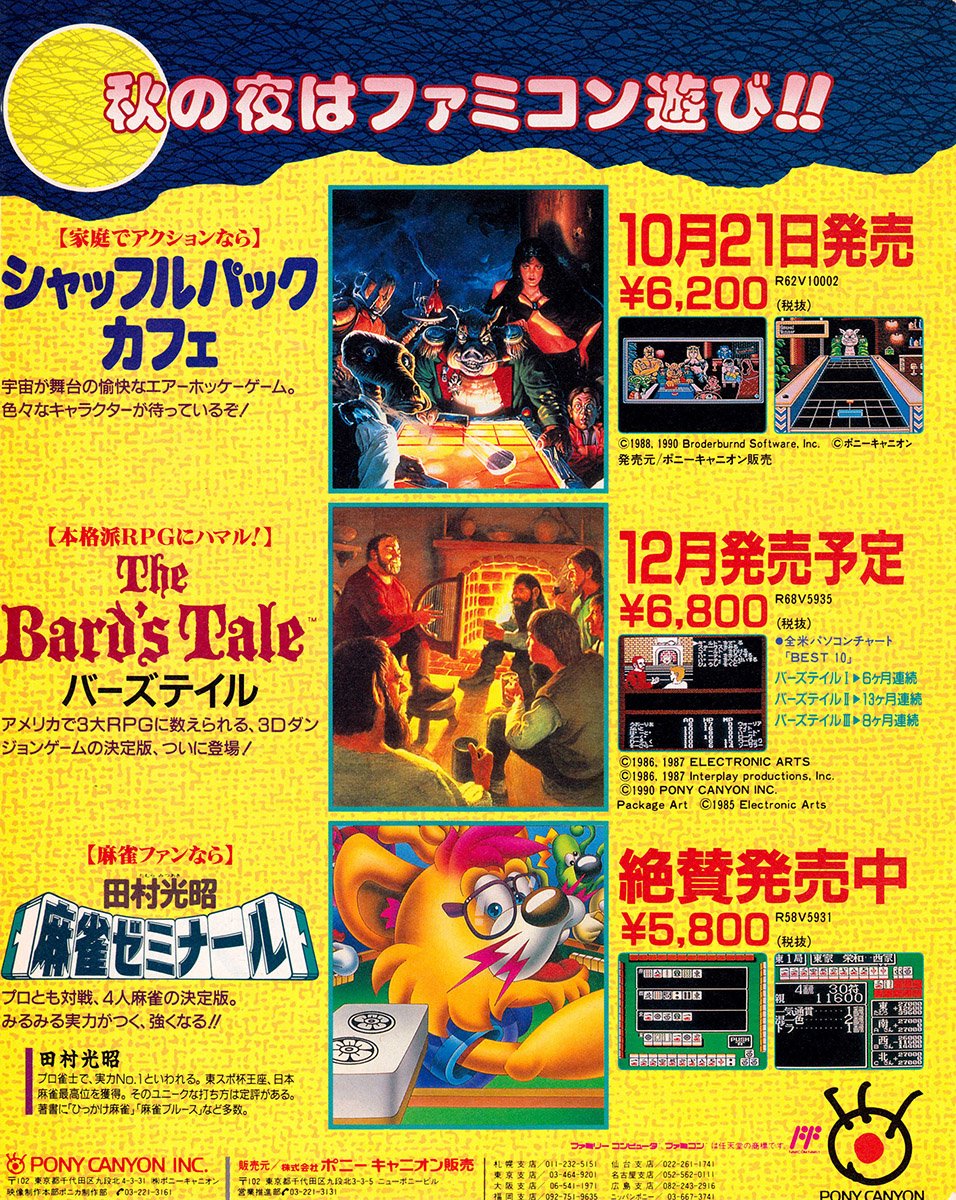 Shufflepuck Cafe is an air hockey game. The NES version was not released outside of Japan.
Released: October 21, 1990

Tamura Mitsuaki no Mahjong Seminar is a mahjong game not released outside of Japan
Released: September 21, 1990