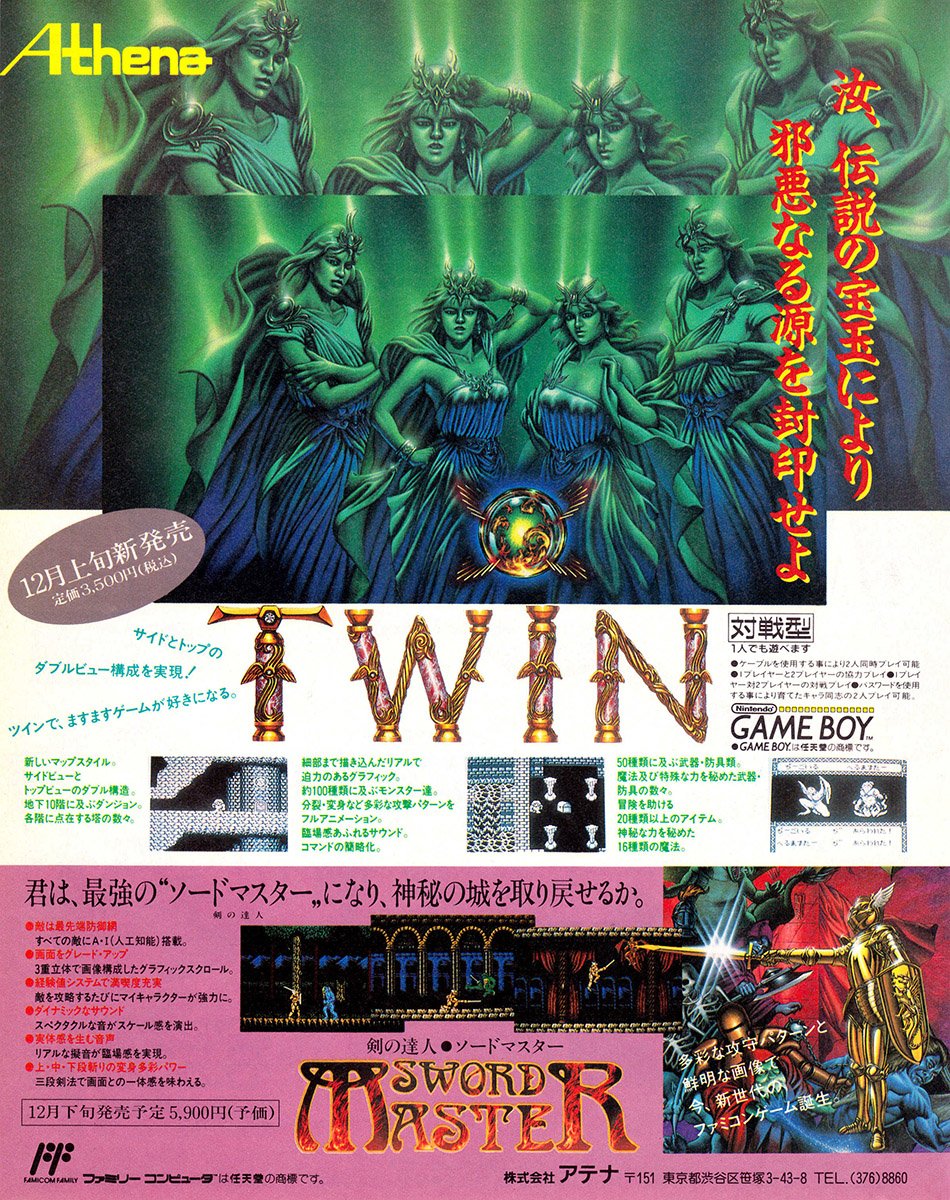 Twin is an RPG for the Game Boy not released outside of Japan
Released:January 31, 1992 (all online sources cite this date. It isn't clear why it would have been released so long after this ad appeared in 1990).