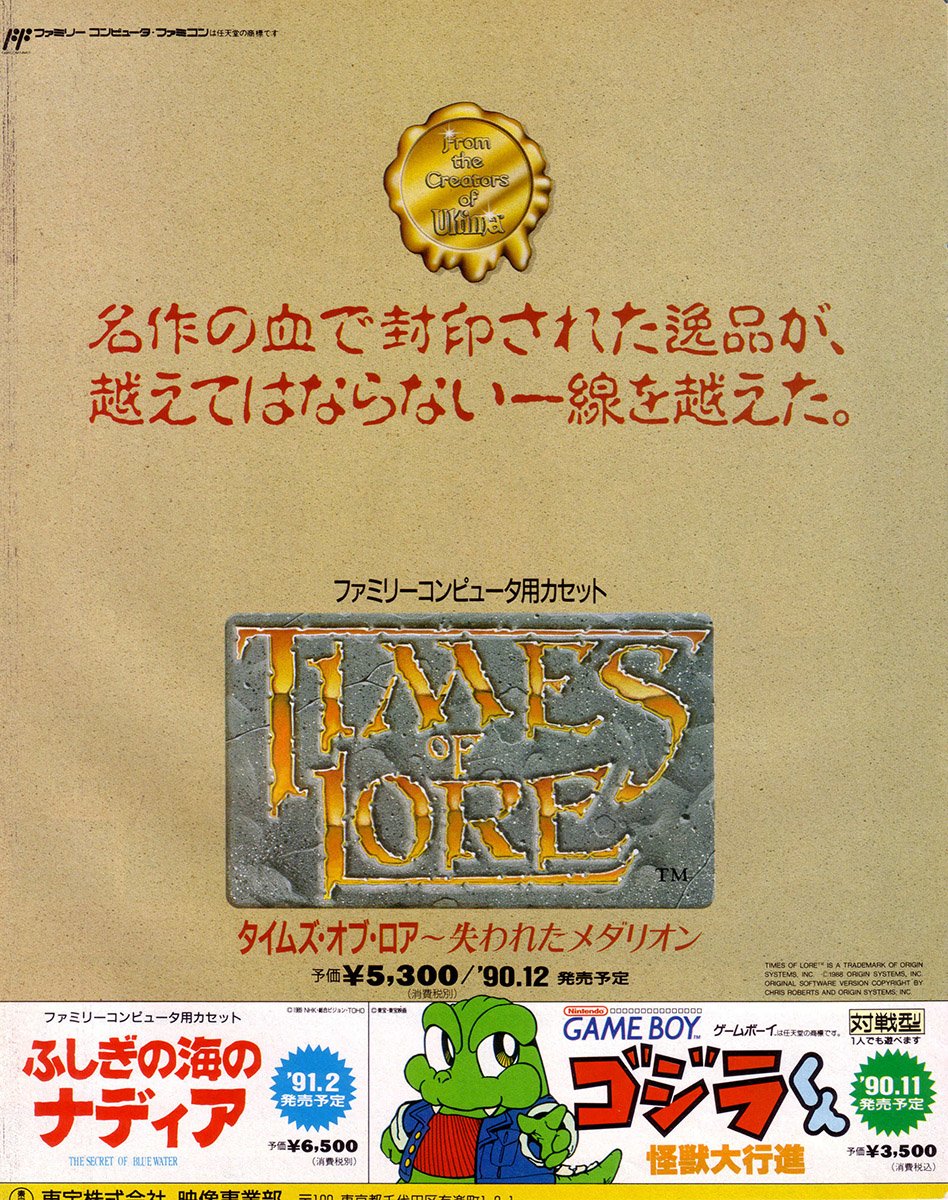 Times of Lore is a top-down action game with light role-playing elements from Origin Systems for the Famicom/NES
Released:
(JP) December 7, 1990
(NA) May, 1991

Also advertised:
Fushigi no Umi no Nadia, an RPG for the Famicom based on the Nadia: The Secret of Blue Water anime, not released outside of Japan

Gojira-kun, a puzzle solving platform game for the Game Boy released as Godzilla in the US