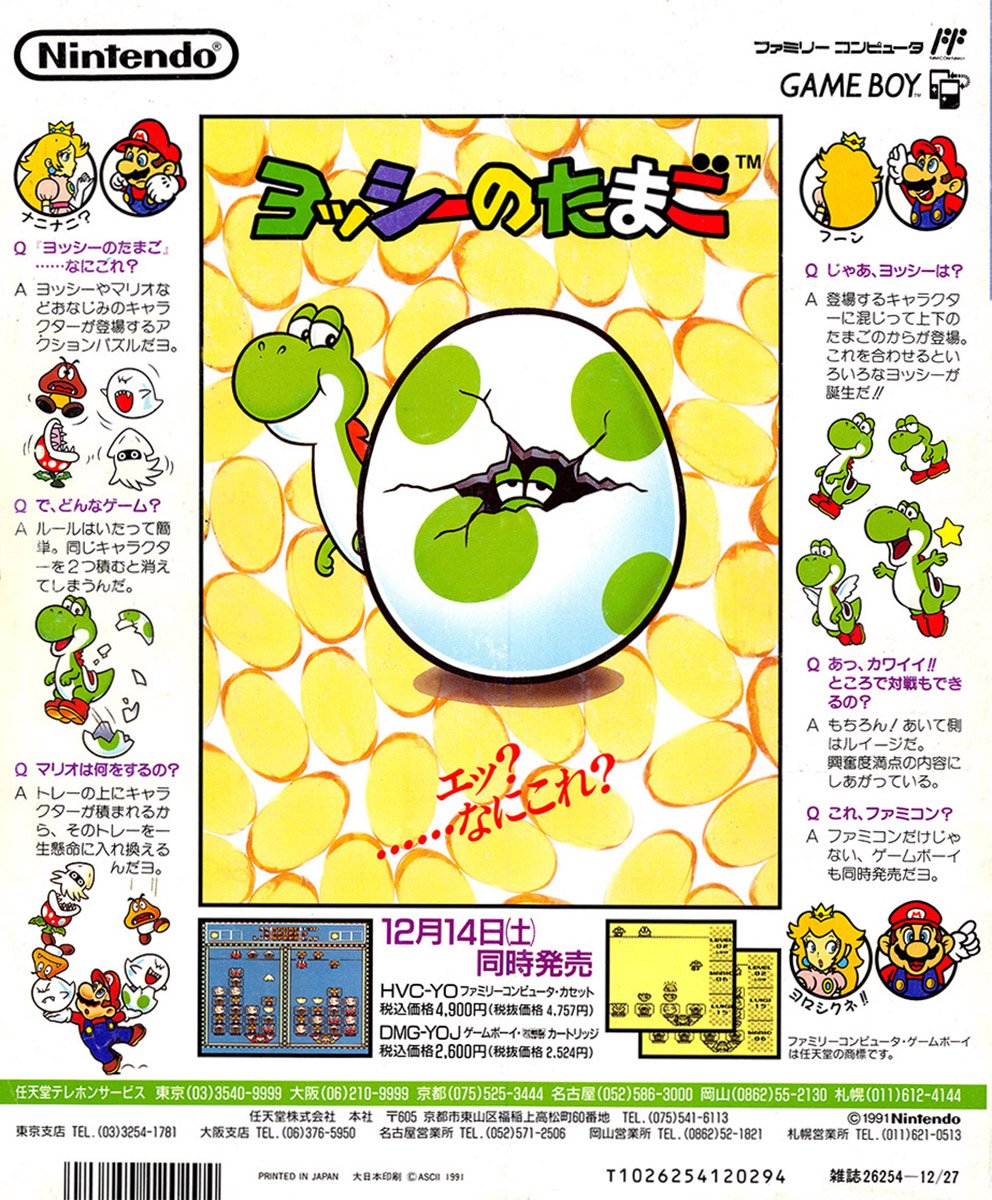 Yoshi no Tamago is a puzzle game developed by Game Freak and published by Nintendo for both the Famicom/NES and the Game Boy. It was released in the US as Yoshi and in Europe as Mario and Yoshi.
Released: