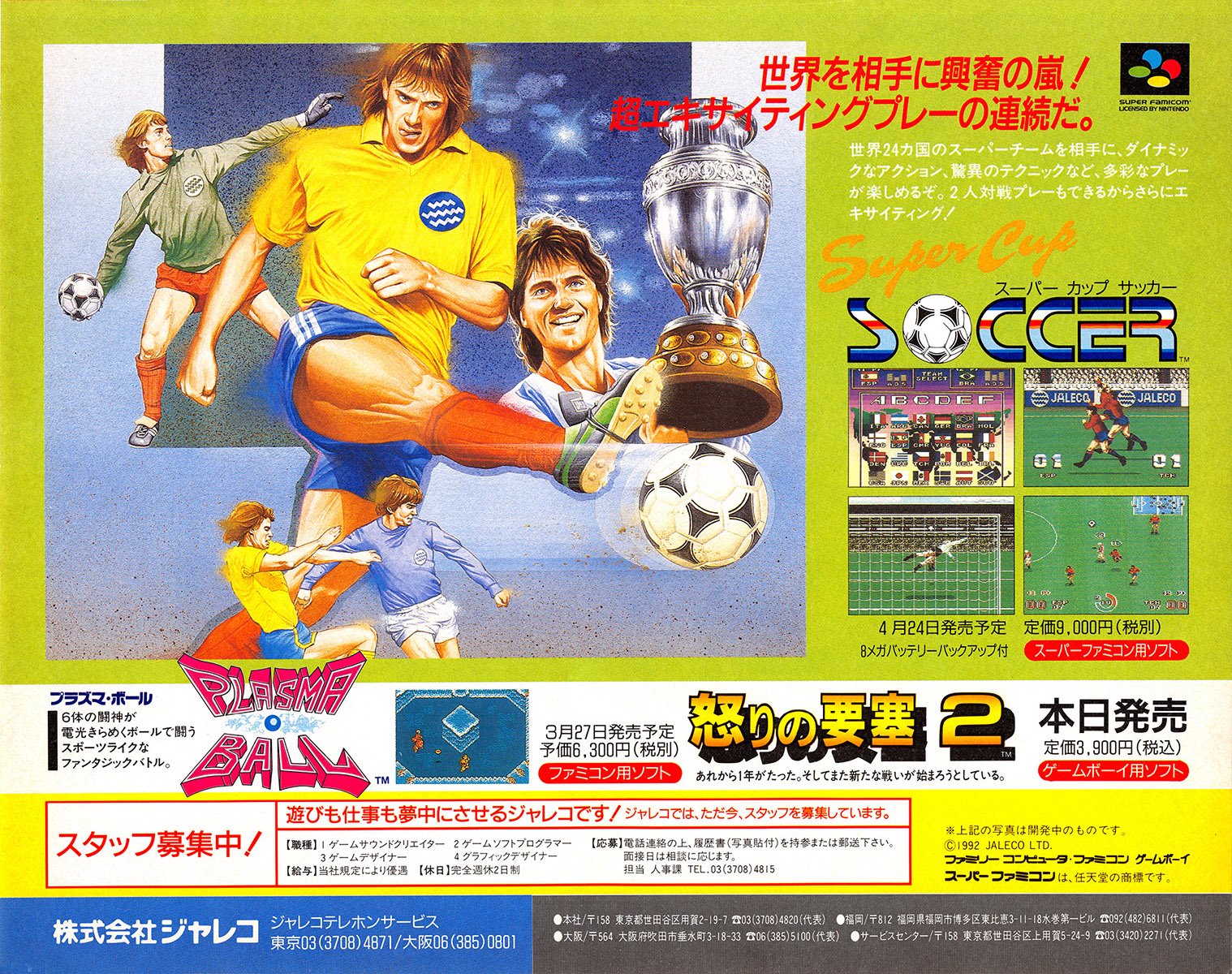 Super Cup Soccer is a soccer/football game for the Super Famicom developed by Tose and published by Jaleco.
It was released in the US on the SNES as Goal!
Released: (JP) April 24, 1992

Plasma Ball is an action game for the Famicom from Jaleco released exclusively in Japan.
Released: March 27, 1992