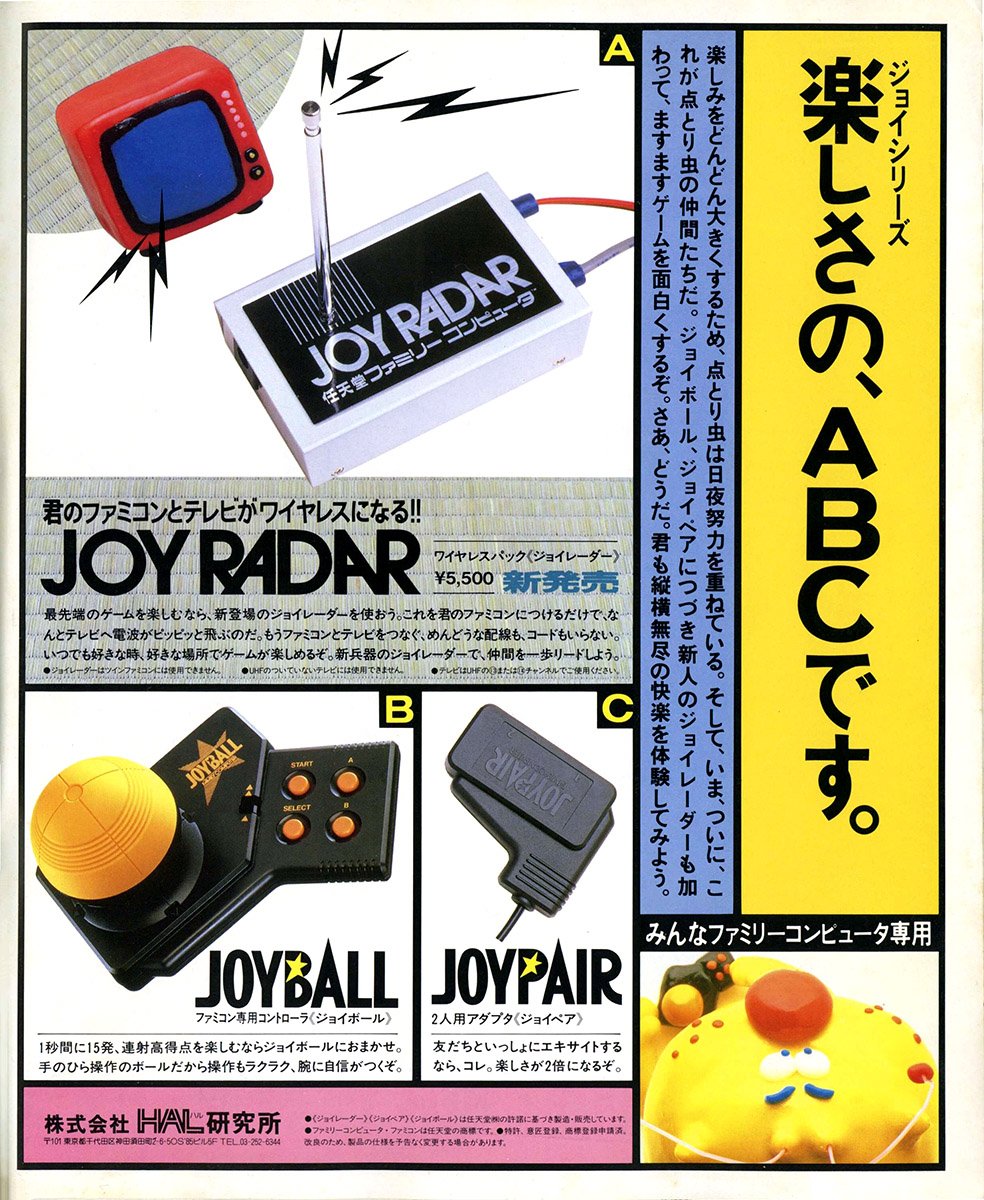 An interesting set of early peripherals from Hudson released in 1985/1986:

The Joy Radar is the first wireless adapter for the Famicom. It plugged into the system and sent an RF signal to your television, making the Famicom unit itself wireless (though of course the controllers were still wired,

The Joyball is the first ever third-party controller for the Famicom, replacing the D-pad with a ball-shaped joystick.

The Joypair is the first multitap device, created to allow two players to use a peripheral device such as the Joyball. (Unlike the NES, the standard Famicom controllers were hardwired into the system itself, making a peripheral like this necessary for using other controllers)