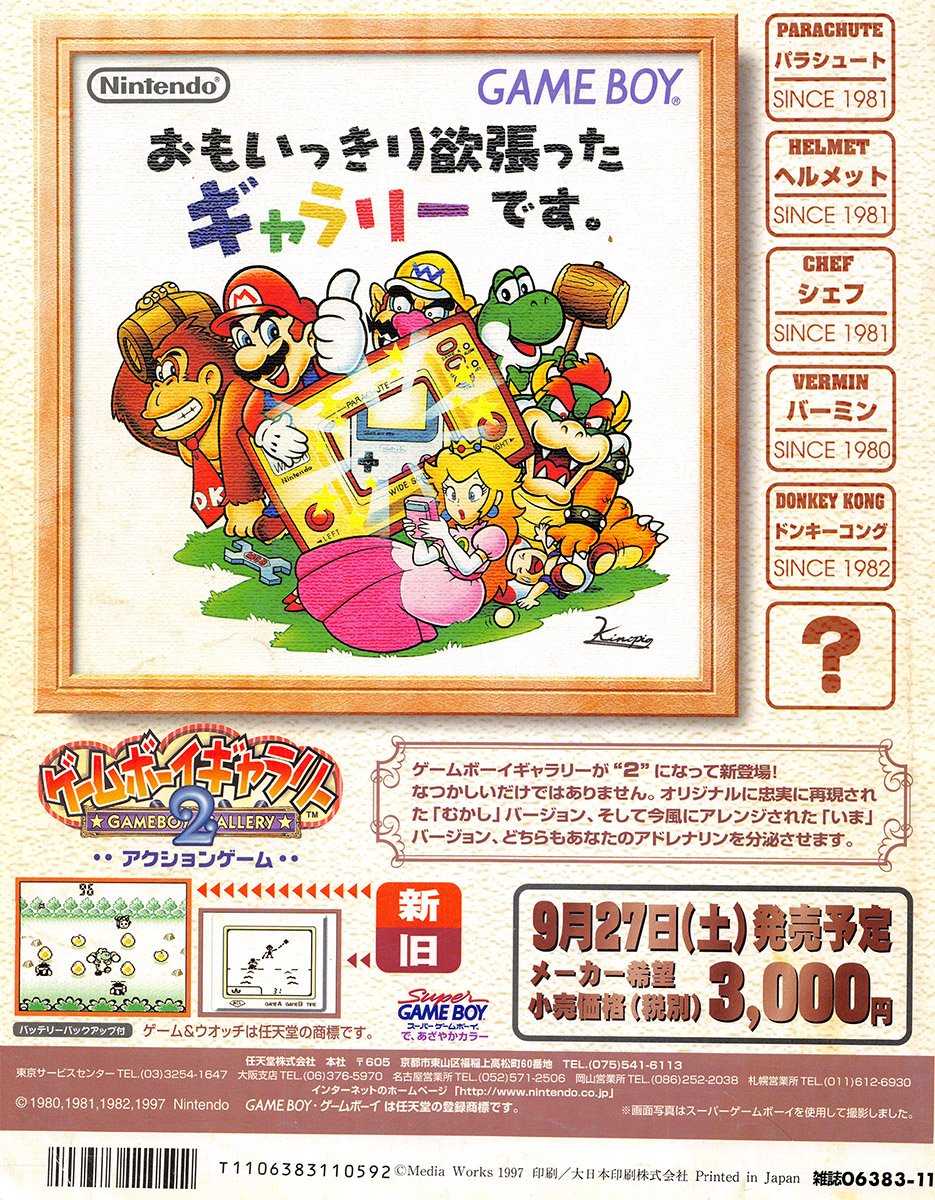 Game Boy Gallery was developed by Tose and published by Nintendo in Japan on the Game Boy. Outside of Japan, it was remade for the Game Boy Color and titled Game & Watch Gallery 2

It features five original Game & Watch games from the 1980's plus five re-mixed versions featuring a cast of characters from the Mario world: