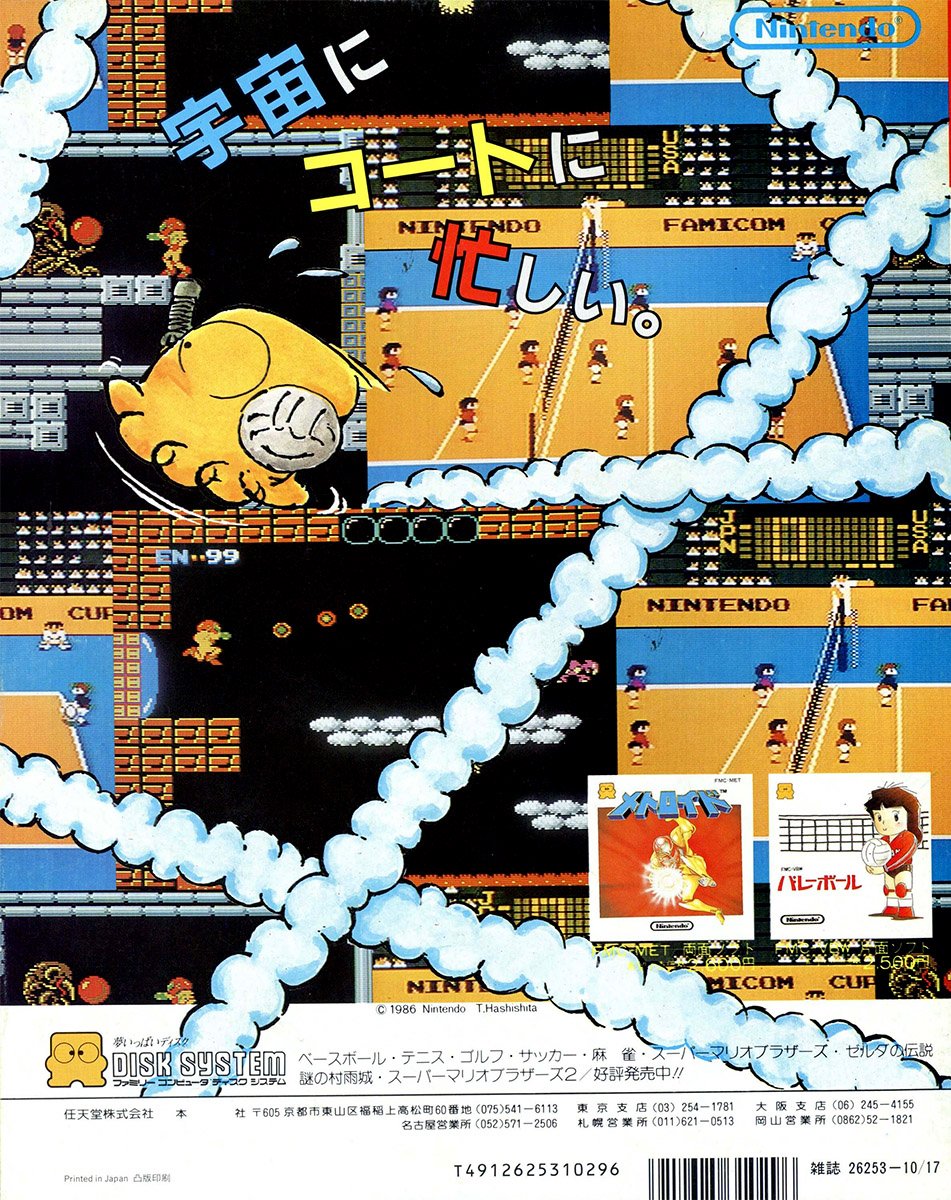 Metroid and Volleyball. Volleyball and Metroid. Has there ever been a more natural pairing?

And where the hell is the Metroid Volleyball game where you get to play beach volleyball using Samus' ball shape as the ball? And...heyyy....waitaminute...how the hell did Samus ever turn into the ball without crushing all of her bones and organs in the process??? Suddenly Metroid makes no sense to me....