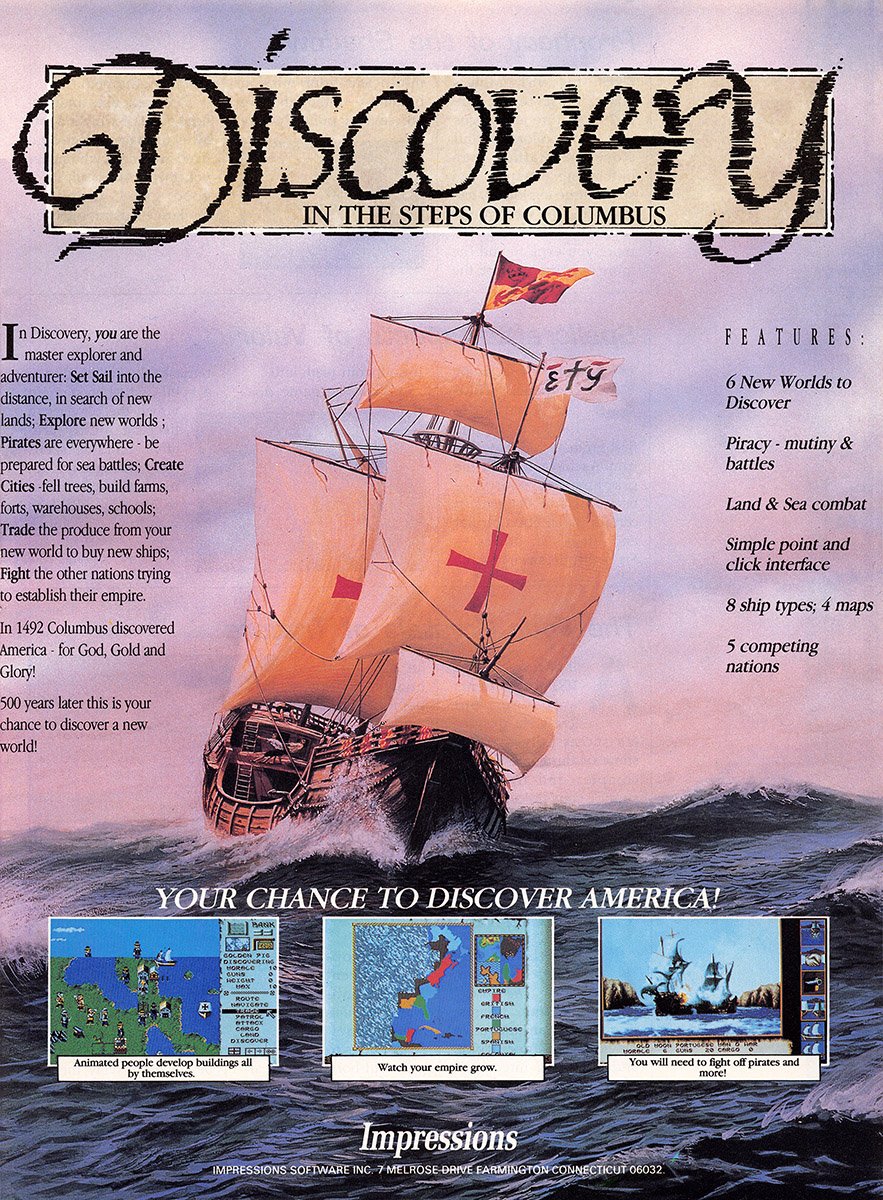 Discovery: In the Steps of Columbus

Discovery: In the Steps of Columbus is a strategy game of conquest and exploration. The player assumes the role of a "conquistador" as he sends his fleet of settlers to different locations on any of the 6 available new worlds. Depending on the resources they find, they'll start developing advanced settlements and cities, which can be used to start trading efforts between the fatherland and the new empire.

It was developed by Golden Sector and published by Impressions for the PC in 1992.

Photo Information for Discovery: In the Steps of Columbus