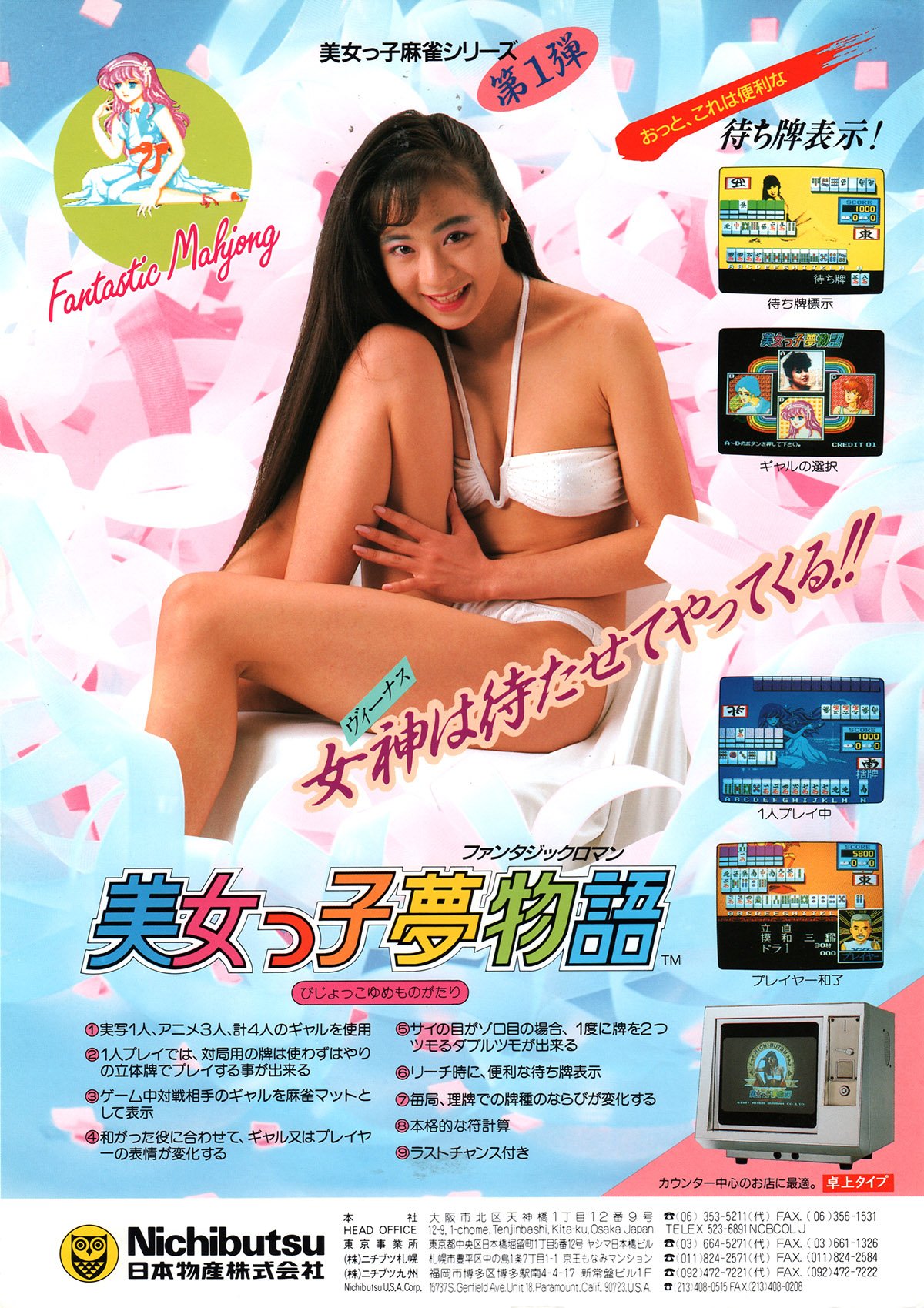 Japan, a brief history of economics:  In the 1980s in Japan, an entire population of women was put to work posing in nothing but underwear or less for the sake of Mahjong games.  The economy soared, and Japan became known throughout the world as an economic powerhouse and unrivaled creator of the finest tile-laying, girl-undressing simulators known to man.  Then, in February 1991, Street Fighter II was released into Japanese arcades.   Imitators quickly sprung up to capitalize on SFII's success, and no matter how many digital panties were removed, the Strip Mahjong industry could not compete and suffered a terrible recession, which came to be known throughout the world as the Japanese Economic Bubble Collapse.