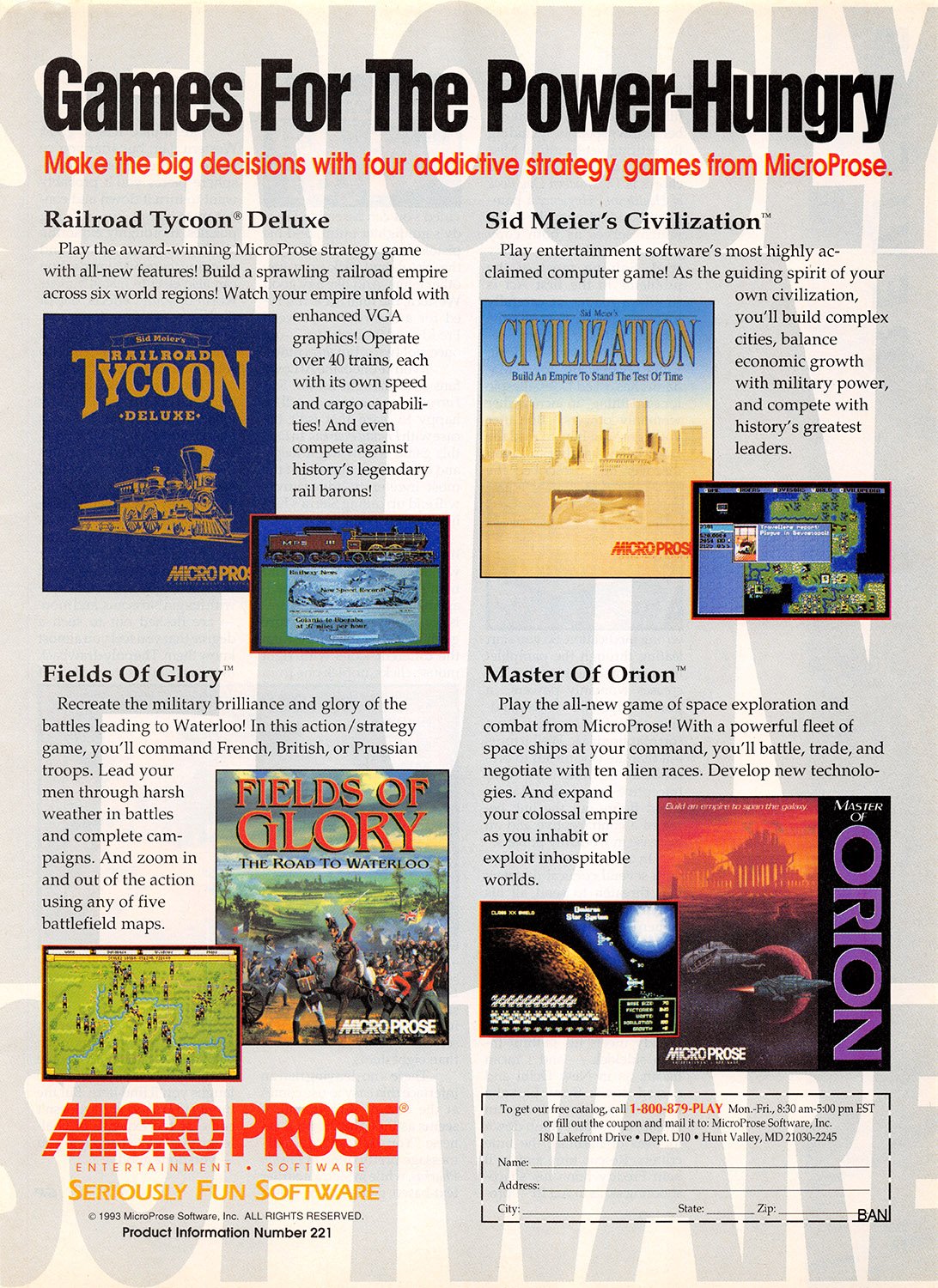 Fields of Glory is an historical combat simulation released in 1994

Master of Orion is a turn-based strategy game released in 1993.