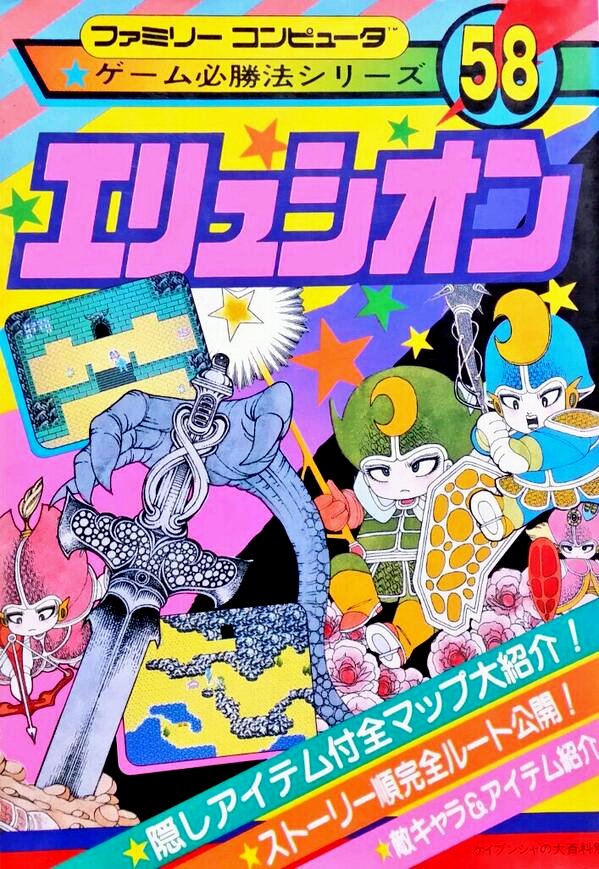 Elysion is an action RPG originally developed by System Soft for the NEC PC-9801 line of Japanese home computers in 1986. Tokyo Shoseki then converted the game for play on the Famicom, and published it in 1988.  It was not released outside of Japan, but an English-patched version is available.