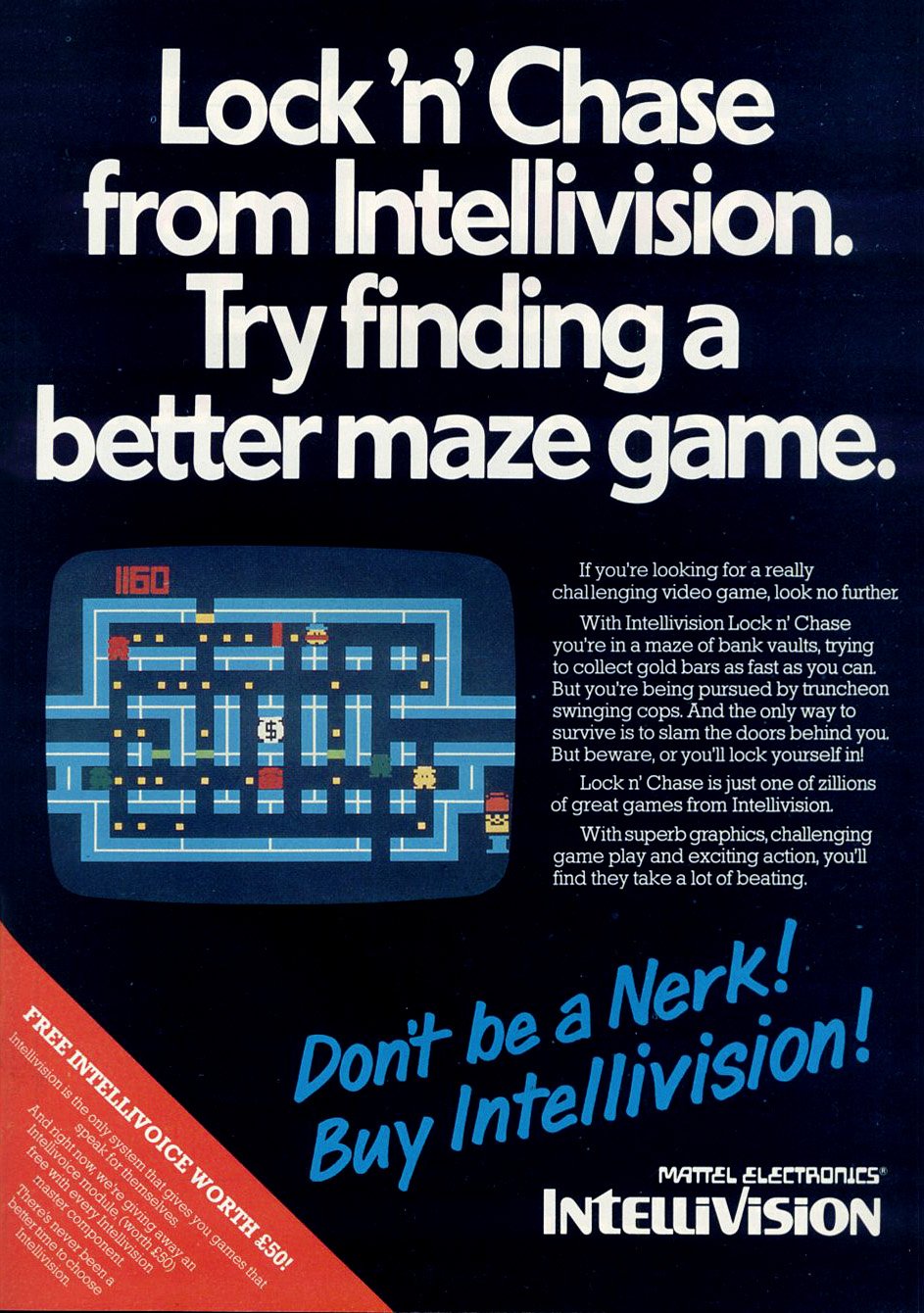 Lock 'n' Chase is a 1981 maze arcade game developed and published by Data East in Japan in 1981, and later published in North America by Taito. Lock 'n' Chase was Data East's response to Pac-Man. The game was licensed to Mattel who produced the Intellivision and Atari 2600 home console versions in 1982.