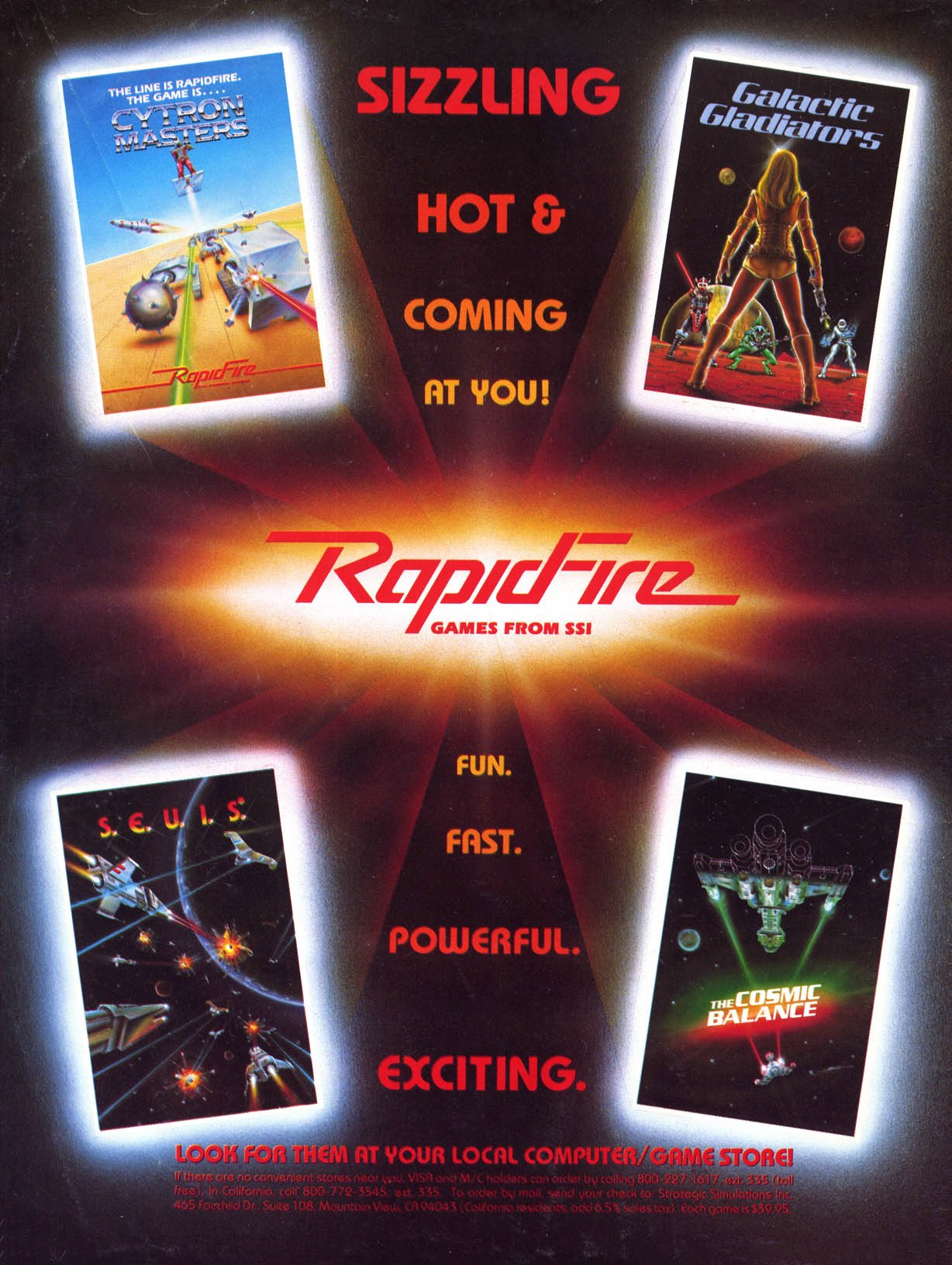 Cytron Masters is the first-ever real-time strategy game and was the creation of esteemed designer Dan Bunten (later Danielle Bunten Berry). It was published by SSI for Apple II computers in 1982.

Galactic Gladiators is an early tactical combat game for the Apple II published by SSI in 1982.

The Cosmic Balance is a simulation game where you design your own starships and have them battle the computer player.  It was released by SSI for Apple II computers in 1982.