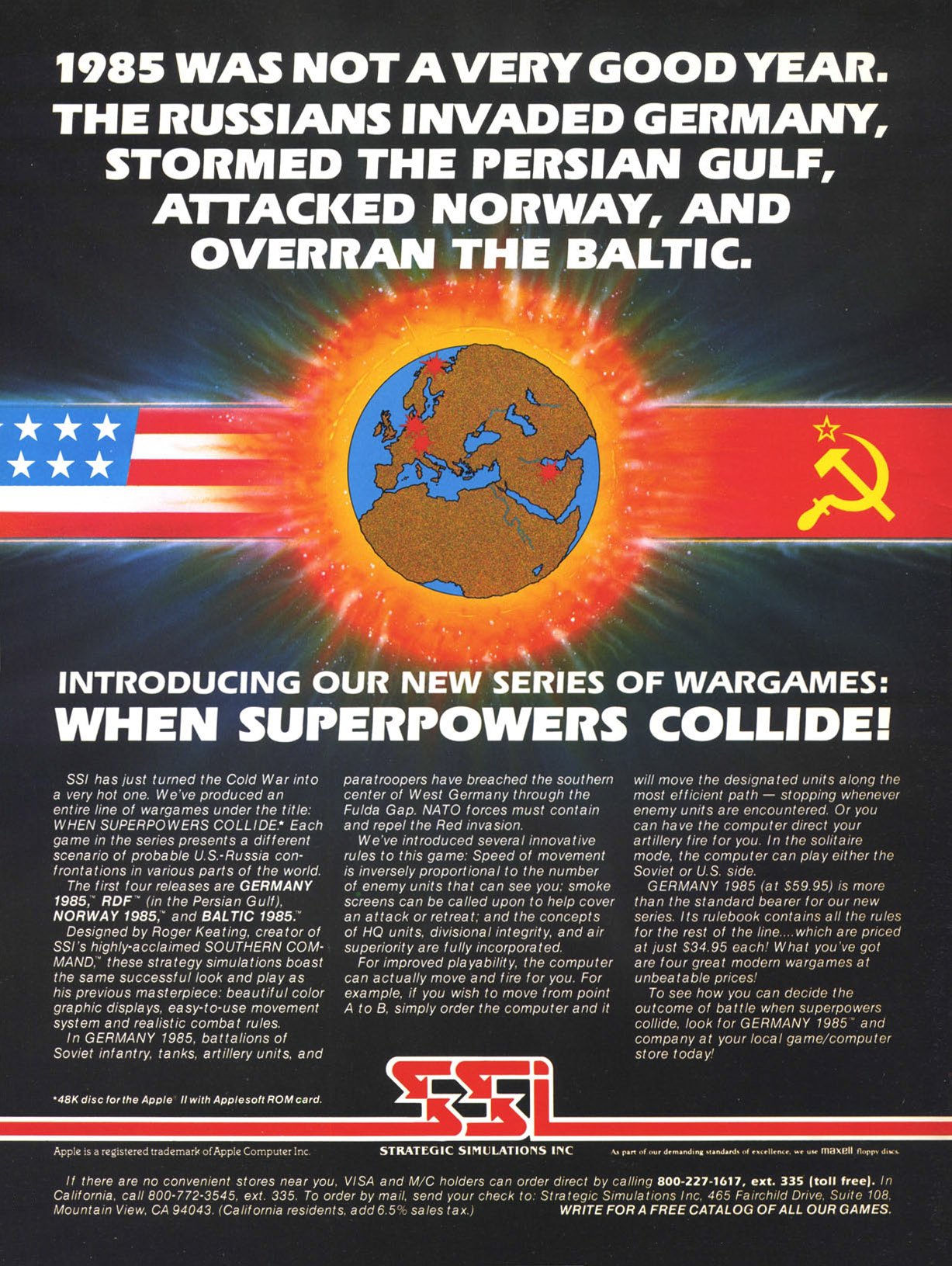 The first of SSI's "When Superpowers Collide" series, Germany 1985 is a strategic simulation of a conflict between US and Soviet forces in West Germany.  Published in 1982 for Apple II computers.

This ad mentions all four games in the series by name, even though the sequels (RDF 1985, Norway 1985, Baltic 1985) would not be released until much later (one per year, the final being released in 1985.)