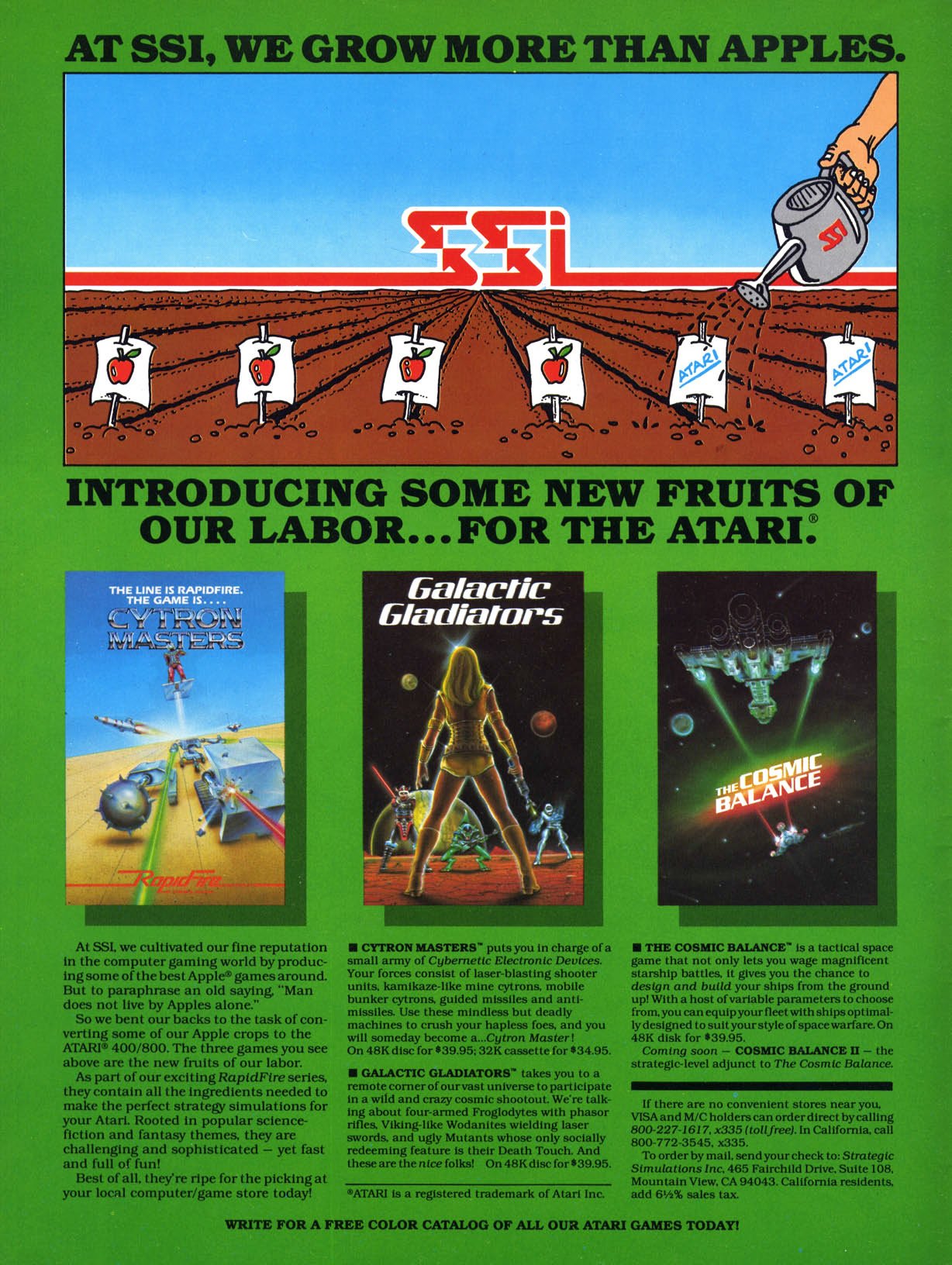 3 titles from SSI originally developed for the Apple II, ported to Atari 400/800 computers:

Cytron Masters is the first-ever real-time strategy game and was the creation of esteemed designer Dan Bunten (later Danielle Bunten Berry). It was published by SSI for Atari 8-bit computers in 1982.

Galactic Gladiators is an early tactical combat game for Atari 8-bit computers published by SSI in 1982.

The Cosmic Balance is a simulation game where you design your own starships and have them battle the computer player.  It was released by SSI for Atari 8-bit computers in 1982.