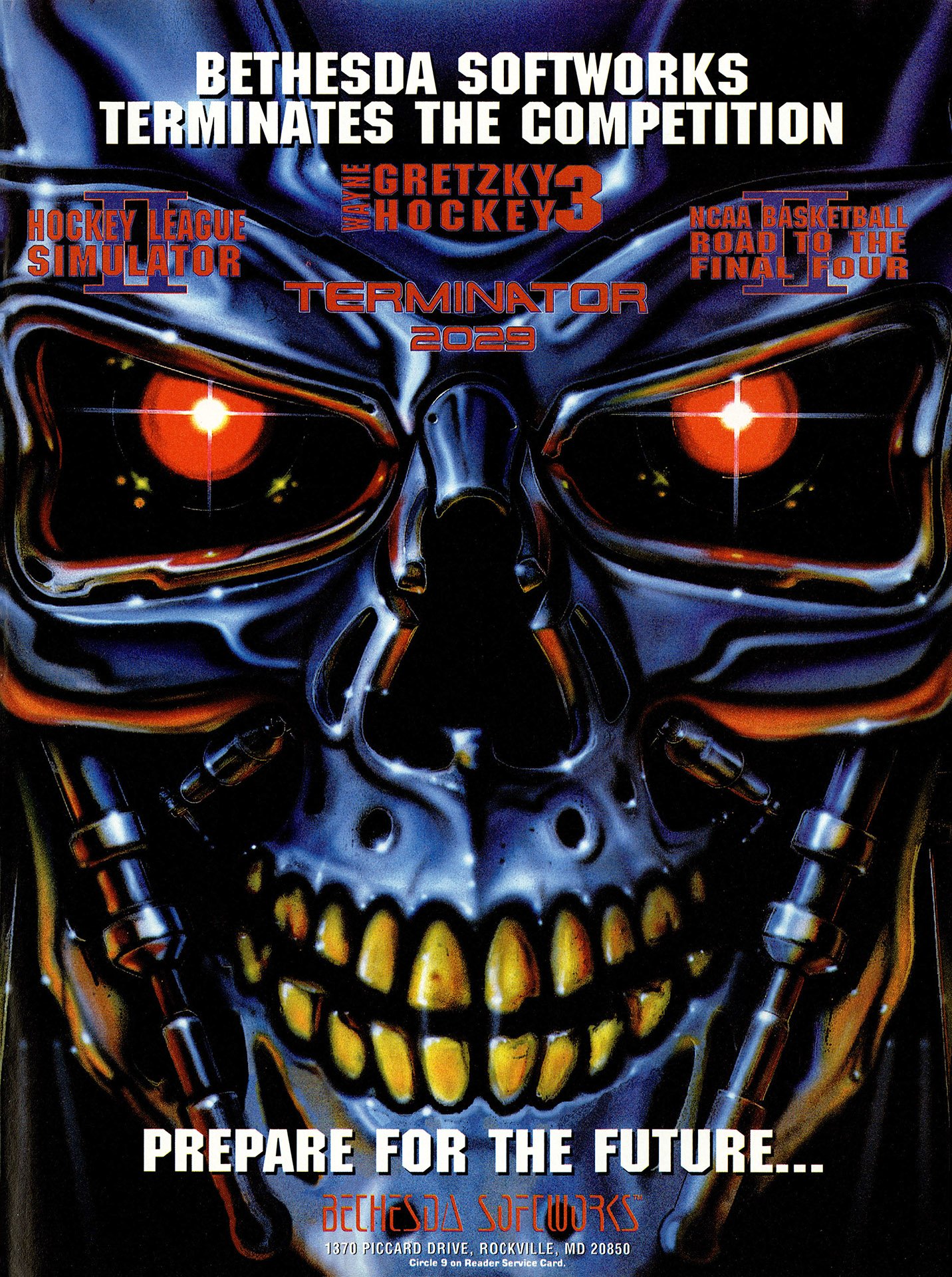 Lineup of games from Bethesda Softworks, circa 1992.  Released even before Wolfenstein 3D, The Terminator 2029 is a very early example of a first-person-shooter which uses a tile-based movement system rather than smooth 360-degree movement (i.e. the player takes tile-based steps and turns in 90 degree movements, while targeting the screen freely with their mouse.)