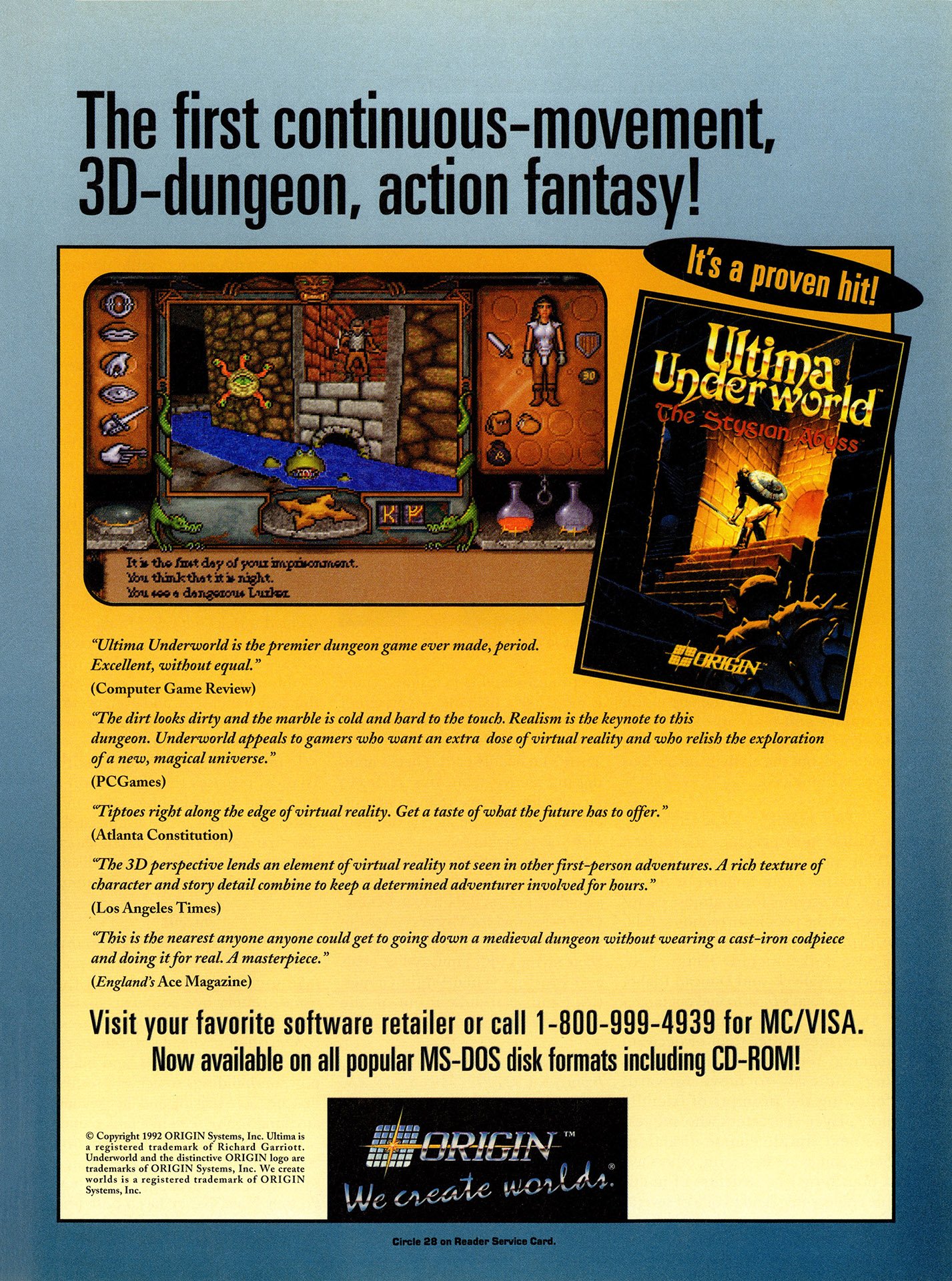 Published in 1992 for DOS PCs by Origin Systems, Ultima Underworld: The Stygian Abyss is the first role-playing game to have fluid first-person movement in a real 3D environment.  Furthermore, its environments were remarkably complex for such an early entry in the first-person genre, containing slopes, stairs and bridges, as opposed to being comprised entirely of rectangular corridors.