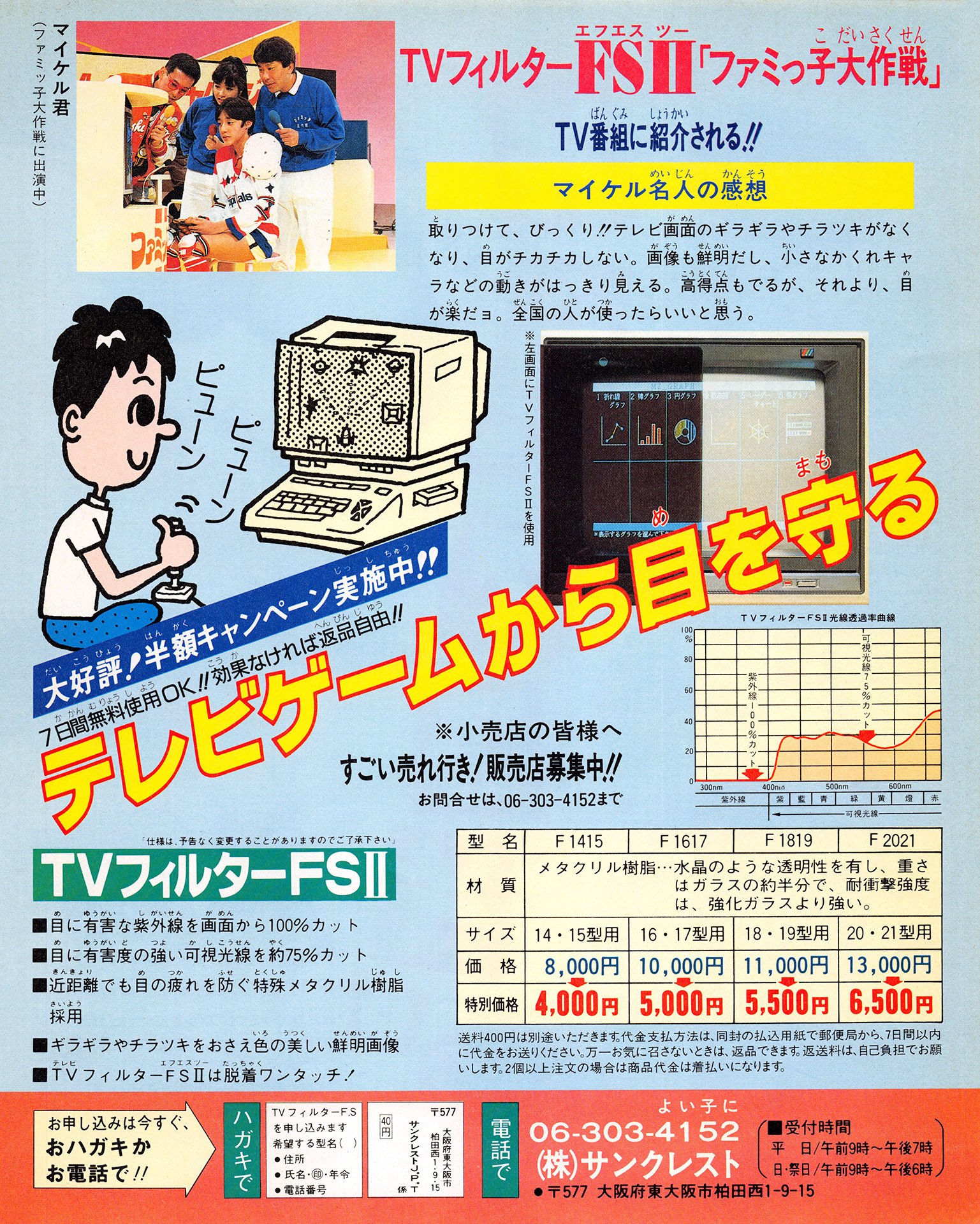 OK, this is not explicitly advertised as a Famicom product, although this ad appeared in a magazine exclusively devoted to Famicom coverage.  It's apparently some sort of clear (possibly tinted) plastic screen meant to make game images on the TV easier to see (or have less glare).  As the bold yellow print running through the center of the ad says: "protect your eyes from video games."  It even offers a 7-day money-back-guarantee if you aren't satisfied.

If I had to guess, I'd say this product was inspired by the tinted plastic screens that were overlayed above display monitors in arcade cabinets.

I suppose this sort of product must have been fairly successful in Japan, since this ad is from 1988, but I've also seen ads for similar products as late as 1994, so this sort of thing was around for a while.