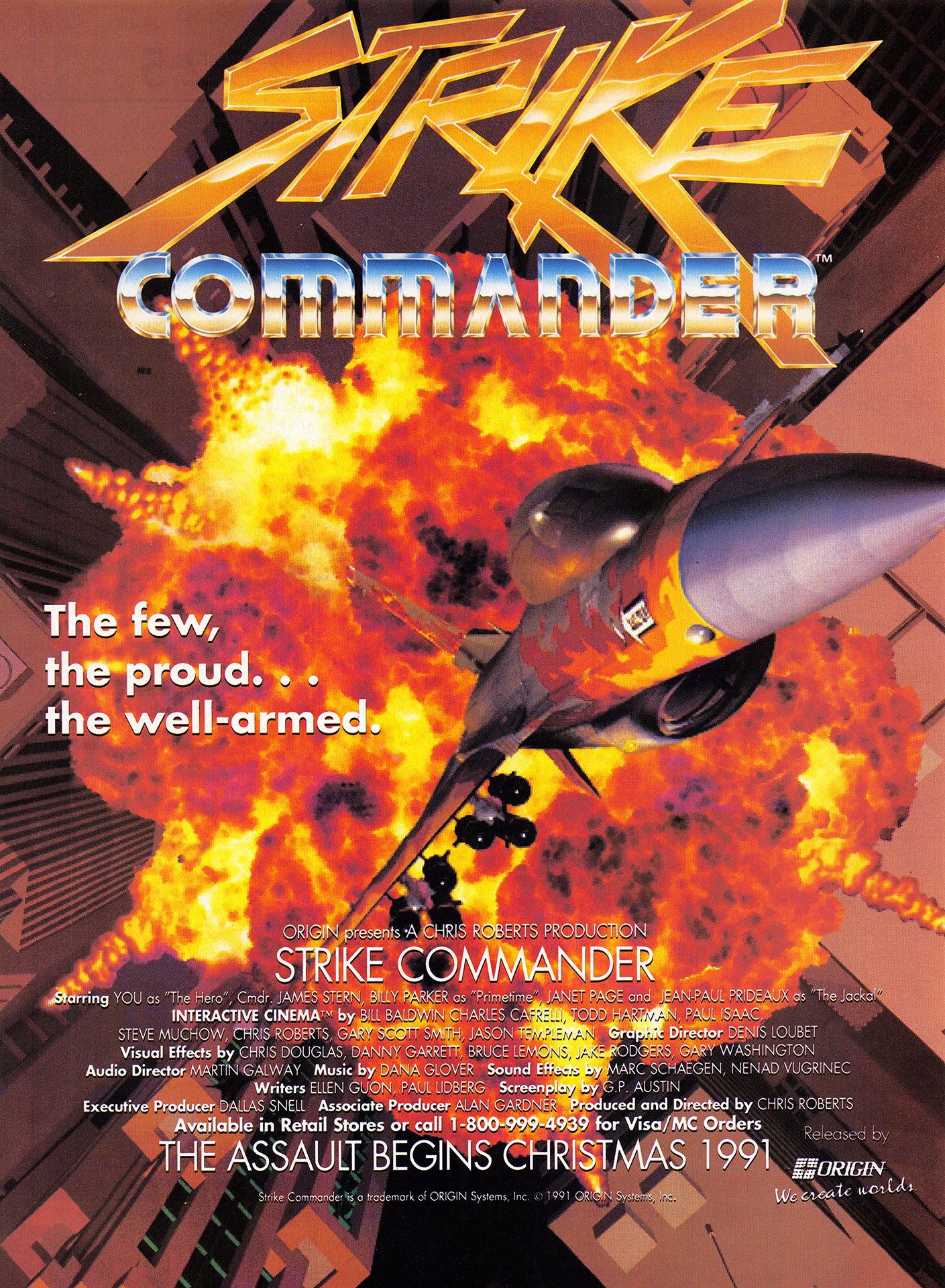 Strike Commander is an action-oriented flight sim developed and published by Origin for DOS PCs.  Despite this ad's claim that it would be released in Christmas 1991, the game was plagued with a number of setbacks and was not actually released until 1993.

*This version of the ad features the finalized title logo