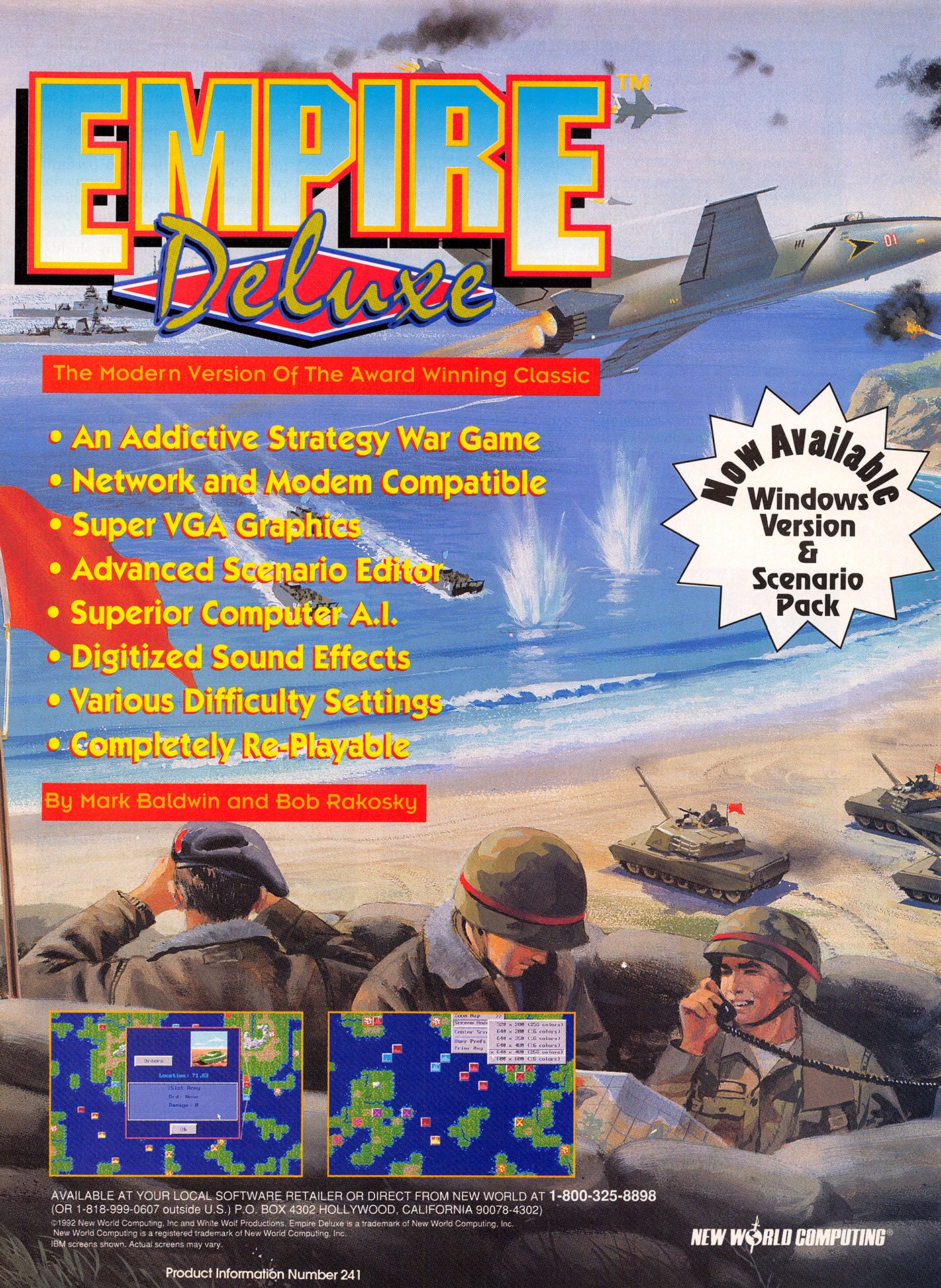 Empire Deluxe is an updated version of White Wolf's earlier Empire game, which was based on a wargame dating back to early mainframe days. One to six players (human or computer with three levels of intelligence) compete to conquer the world using their ground, air, and sea units.

Empire Deluxe was developed by White Wolf Productions and published by New World Computing for DOS and Windows 3.x PCs in 1993