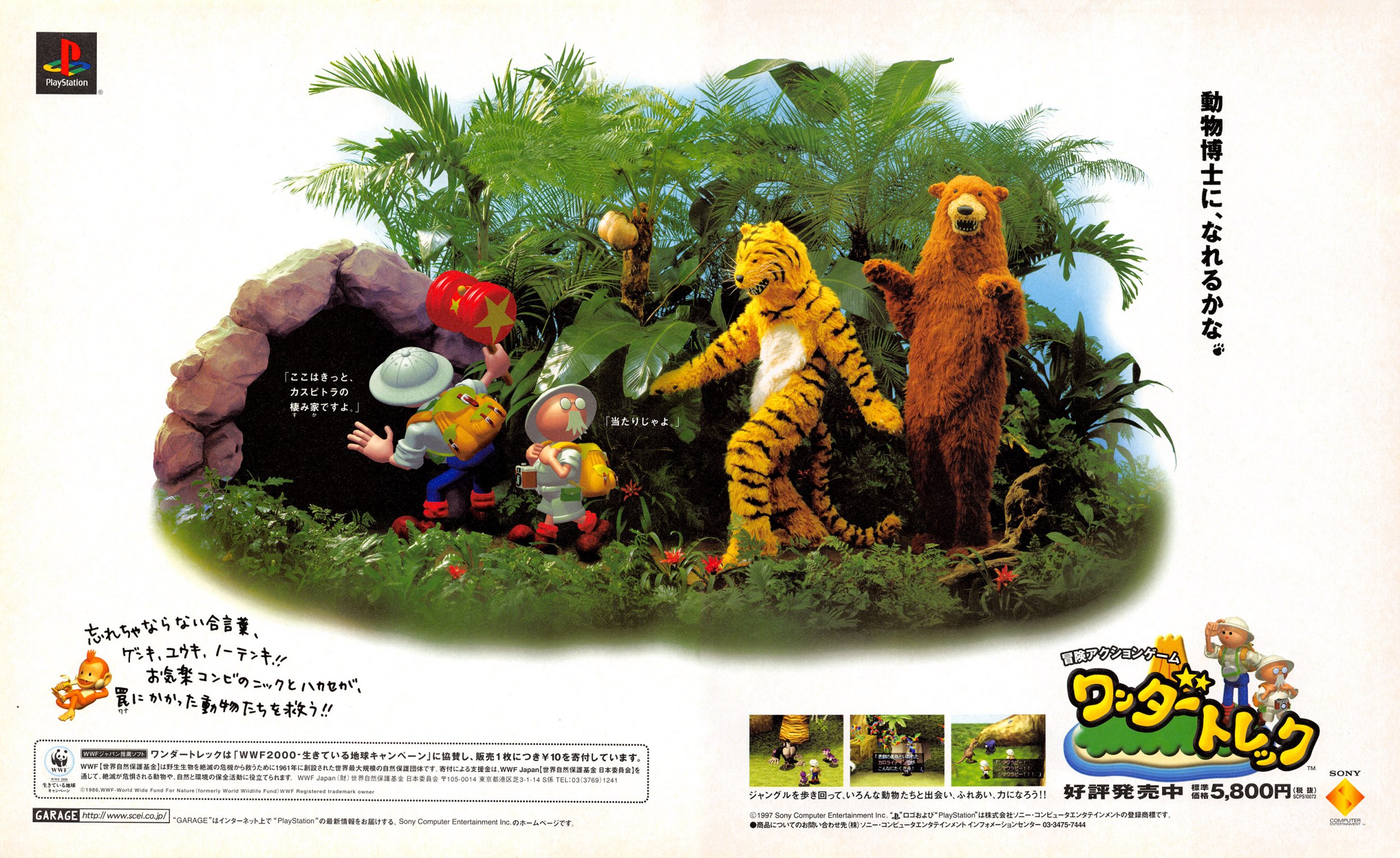 Wonder Trek is a 3D 3rd-person action adventure for the PlayStation developed by Zest Works and published by Sony on December 10, 1998.

*Although most sources agree that the title is "Wonder Trek," I have seen a couple of sites claiming the title is "Wander Trek."  The problem stems from the fact that both "wonder" and "wander" are written the same way in the Japanese katakana syllabary, so it's impossible to be certain from the title as written in Japanese.  However, the word "wonder" is far more likely to be understood by a Japanese audience, as the English word "wonderful" is common knowledge, whereas "wander" would be unknown to most people, so in my opinion "Wonder Trek" is the far likelier title.  And besides, what sounds like a more entertaining game,  a trek full of wonder, or one where you just wander around?