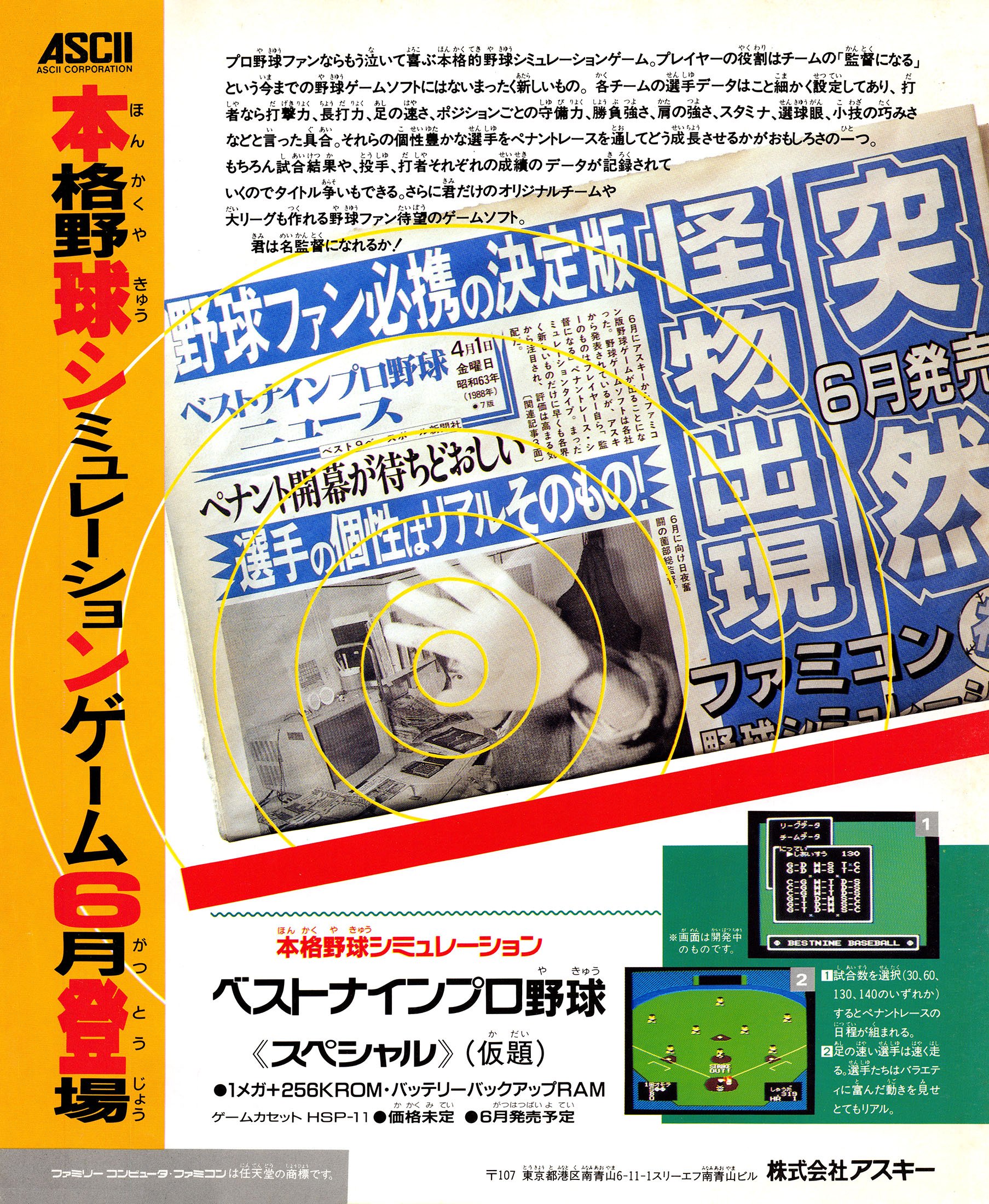 *In this ad, the game is called "Best Nine Pro Yakyuu," which was the name used by the series for previous computer releases, but the name was changed to "Best Play Pro Yakyuu" at some point between this ad's creation and the publication of the Famicom release.