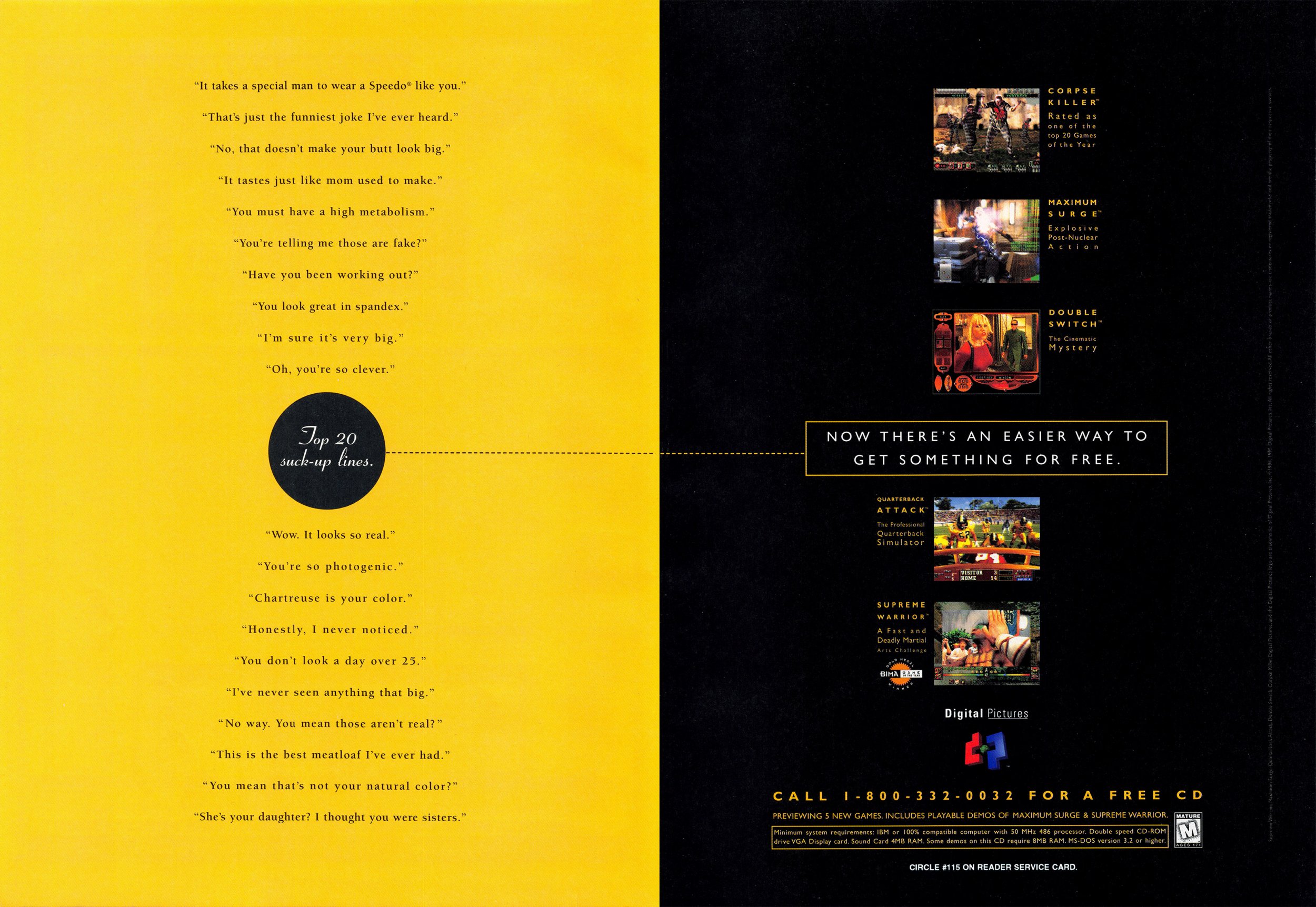 Corpse Killer is an FMV rail-shooter.

Maximum Surge was canceled and never released, although footage from the 90 minutes of FMV shot for the game (starring Yasmine Bleeth and Star Trek's Walter Koenig) was used to create a direct-to-video movie called Game Over.

All titles were developed and published by Digital Pictures in 1995/1996.