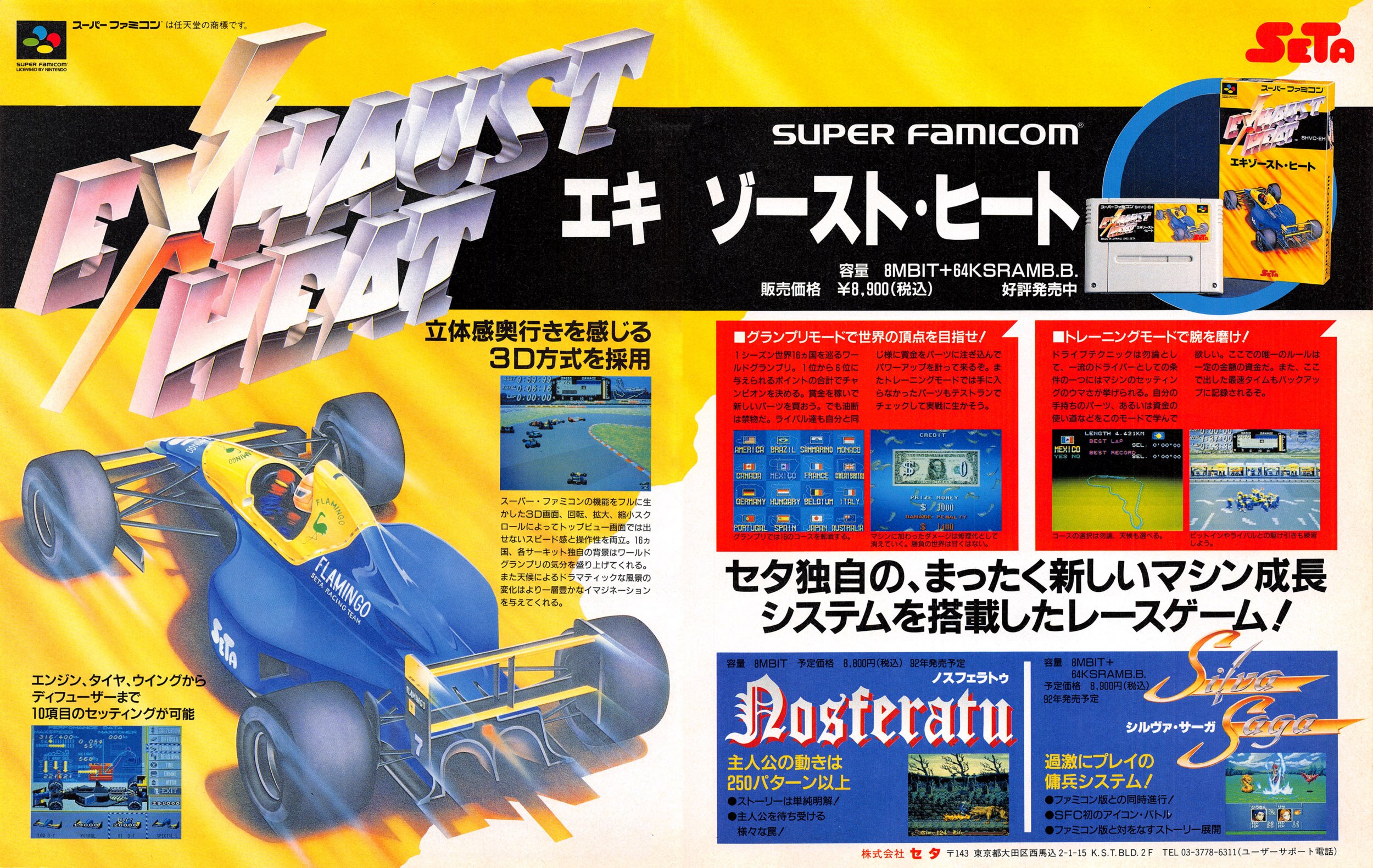 Exhaust Heat (released in the USA as F1ROC: Race of Champions) is a racing game developed and published by SETA Corporation for the Super Famicom on February 21, 1992.

Nosferatu is a SFC platform game from SETA, advertised here as having an unspecified 1992 release, but the game wouldn't actually be released until October 1994.