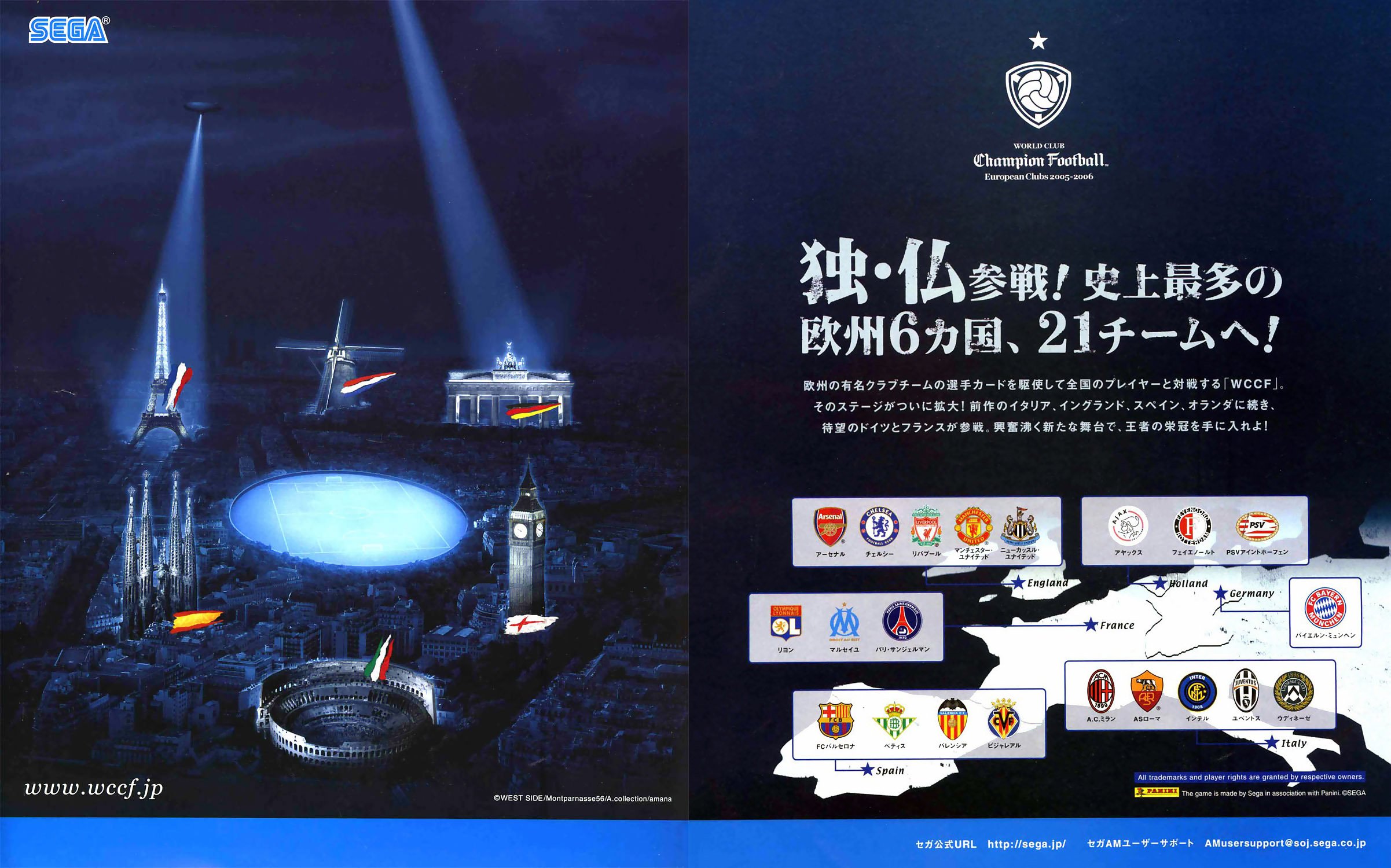 World Club Champion Football (WCCF) is a Japanese collectible card game and football/soccer arcade game produced by Sega. The player assembles a squad by collecting and trading specially marked cards, produced by Panini.  Footballer cards are registered by starting a game and laying the cards down on a special matted table that identifies the card allowing the game to retrieve the footballers attributes from a database. The player then selects a team and manage it, playing simulated football matches on an arcade machine taking part in friendly, league and cup competitions.