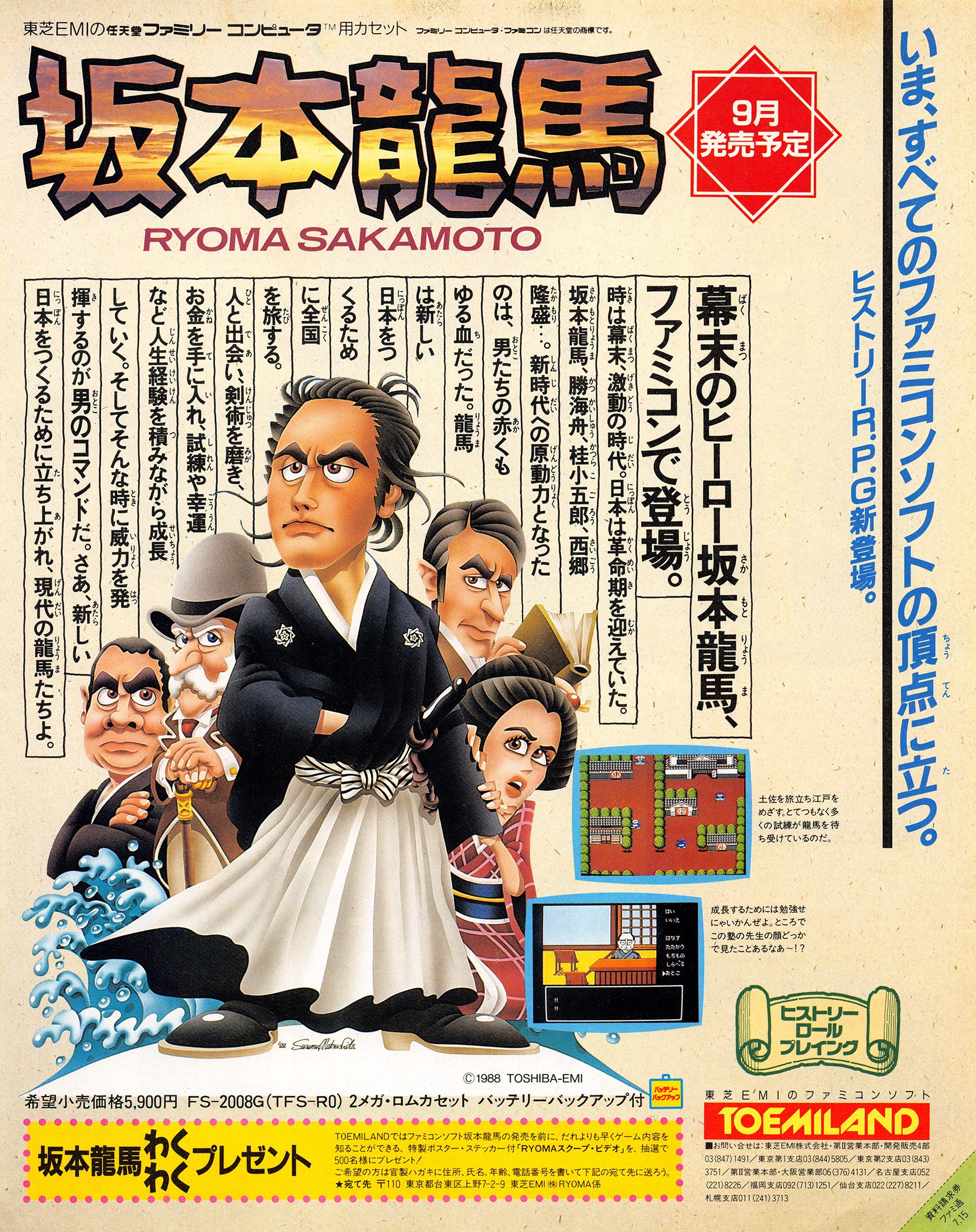 Sakamoto Ryoma is a cancelled adventure / RPG that was in development by Toshiba EMI (Toemiland) for the Famicom. It was based on the real-life leader of the movement to overthrow the Tokugawa shogunate during the Bakumatsu period in Japan.

This ad lists its release date as September 1988, but the game was delayed several times and ultimately never released.