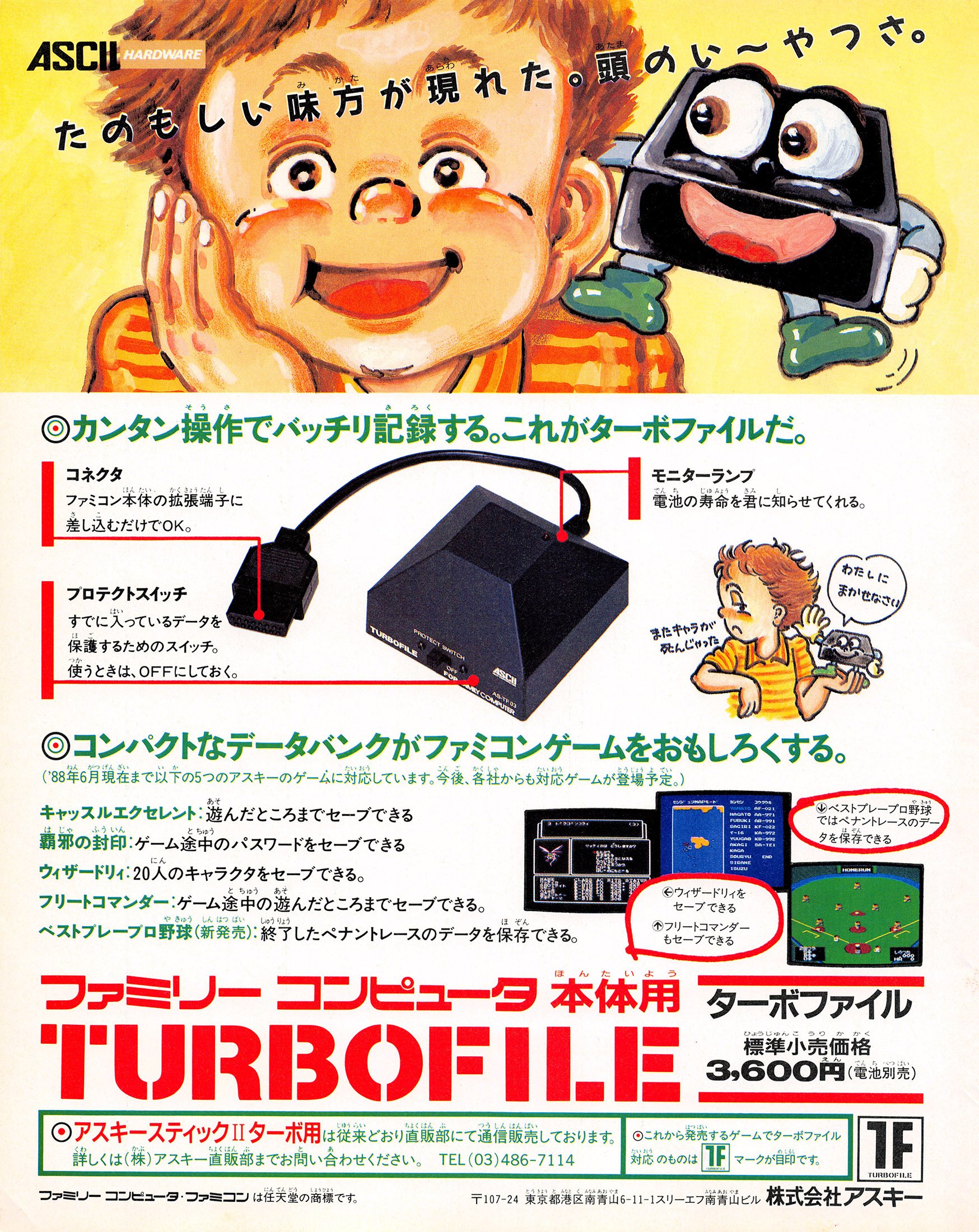 The ASCII Turbofile was an external storage device for saving game positions on supported Famicom games (mostly those published by ASCII themselves). More than just a glorified save battery, this device would also allow saved data to be transferred from one game cartridge to another. So users could swap saves with friends or (in the case of games like Wizardry) transfer characters from one game in a series to the next.