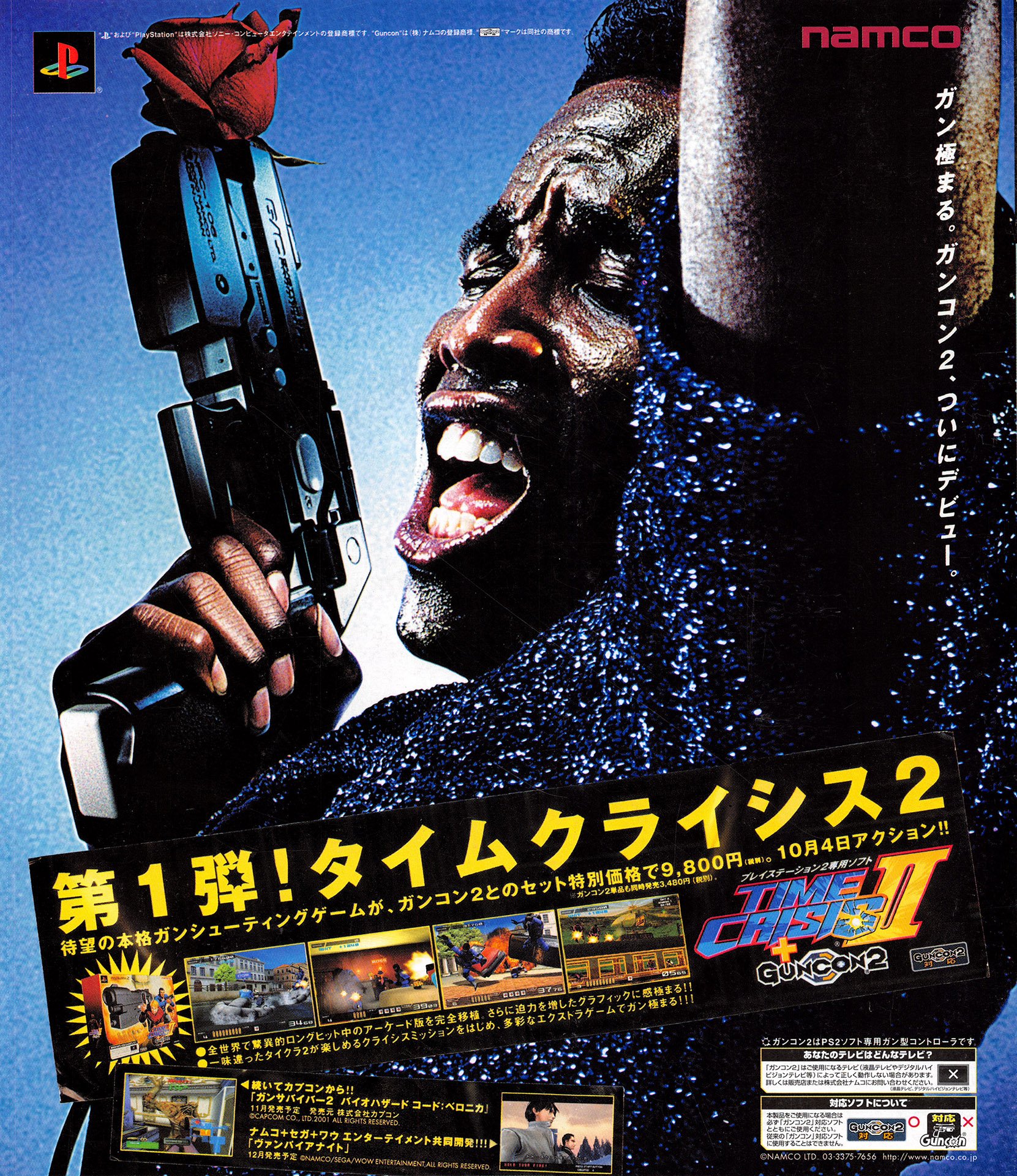 Time Crisis II is a light gun arcade game and the second installment in Namco's Time Crisis series, introducing co-operative multiplayer to the franchise. It was first released in arcades in March 1997, with an enhanced port released on the PlayStation 2 on October 4, 2001, bundled with the GunCon 2 controller.