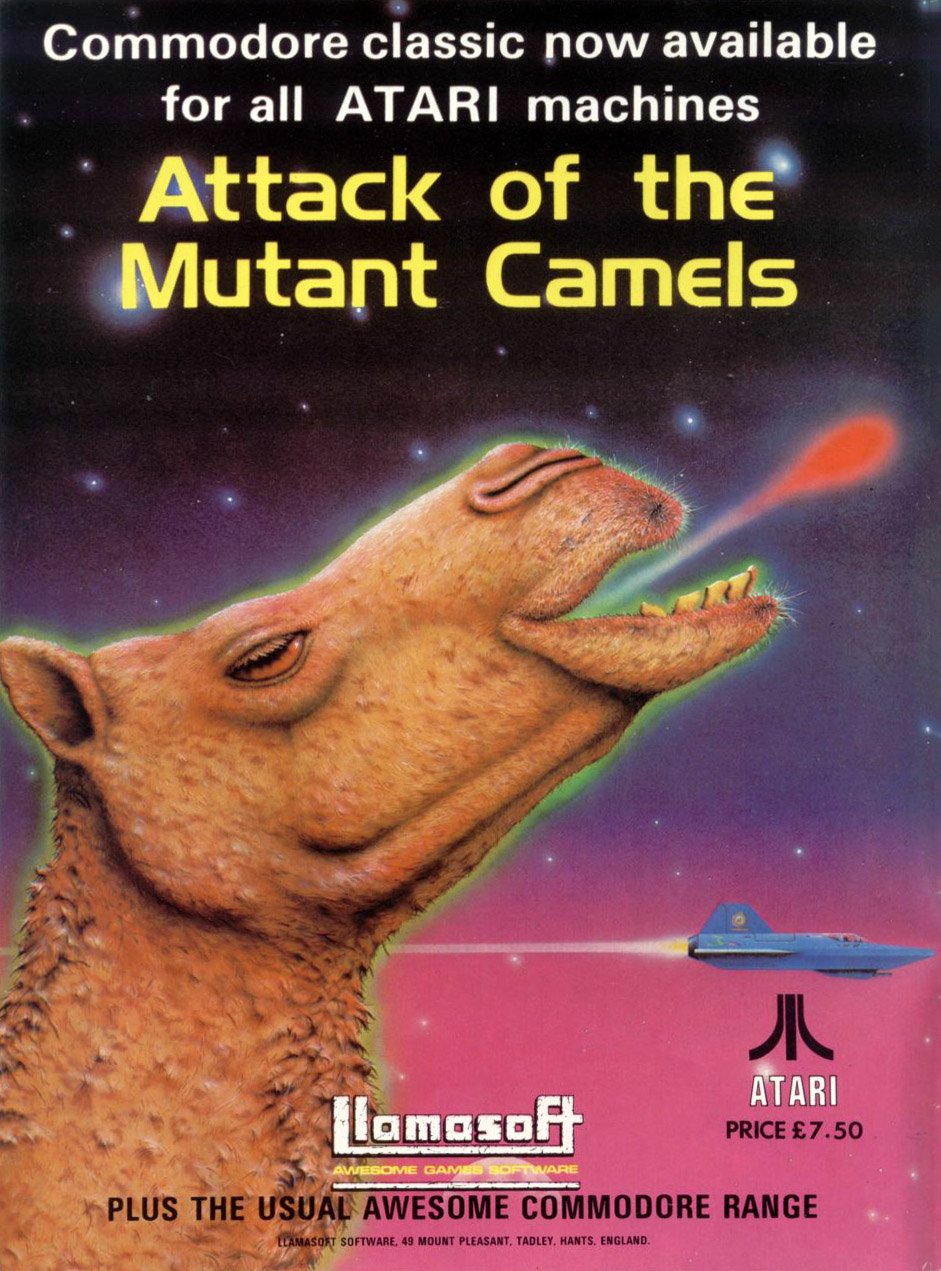 Attack of the Mutant Camels

LOL.  OK, the early days of British computer games were basically nothing but bunches of cheap rip-offs of better games.  Sprite Man gobbled pellets and ran from ghosts, Frog Run had you trying to cross the road, and Crazy Kong just would not stop tossing those barrels.

But sometimes, they didn't rip off good games.  Sometimes they ripped off terrible games.  This one is essentially The Empire Strikes Back for the 2600, except replacing the AT-ATs with...camels.  And that's about it.  Otherwise the same.

But as creatively void as their game design is, I've got to credit them with a killer title and advertisement.  Five stars, guys!

Photo Information for Attack of the Mutant Camels