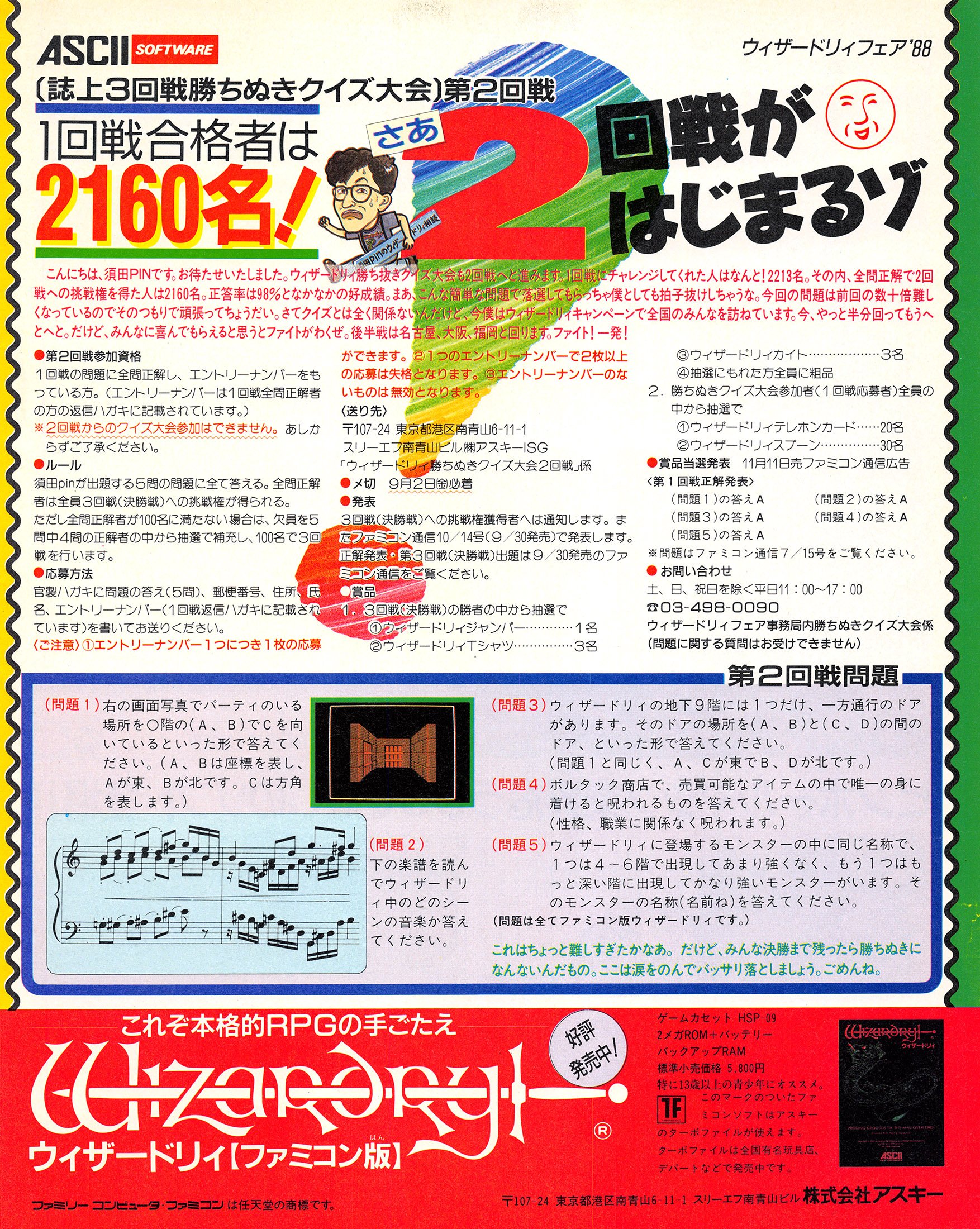 This ad is for round 2 of ASCII's Wizardry quiz contest.  Apparently 2160 people entered round one.  Prizes include a Wizardry jacket, T-shirt, kite,telephone card, and spoon.  Questions include identifying the scene in which the musical score shown is played, as well as identifying the coordinates of specific dungeon locations, such as the screenshot shown, or the only one-way door on the final level.