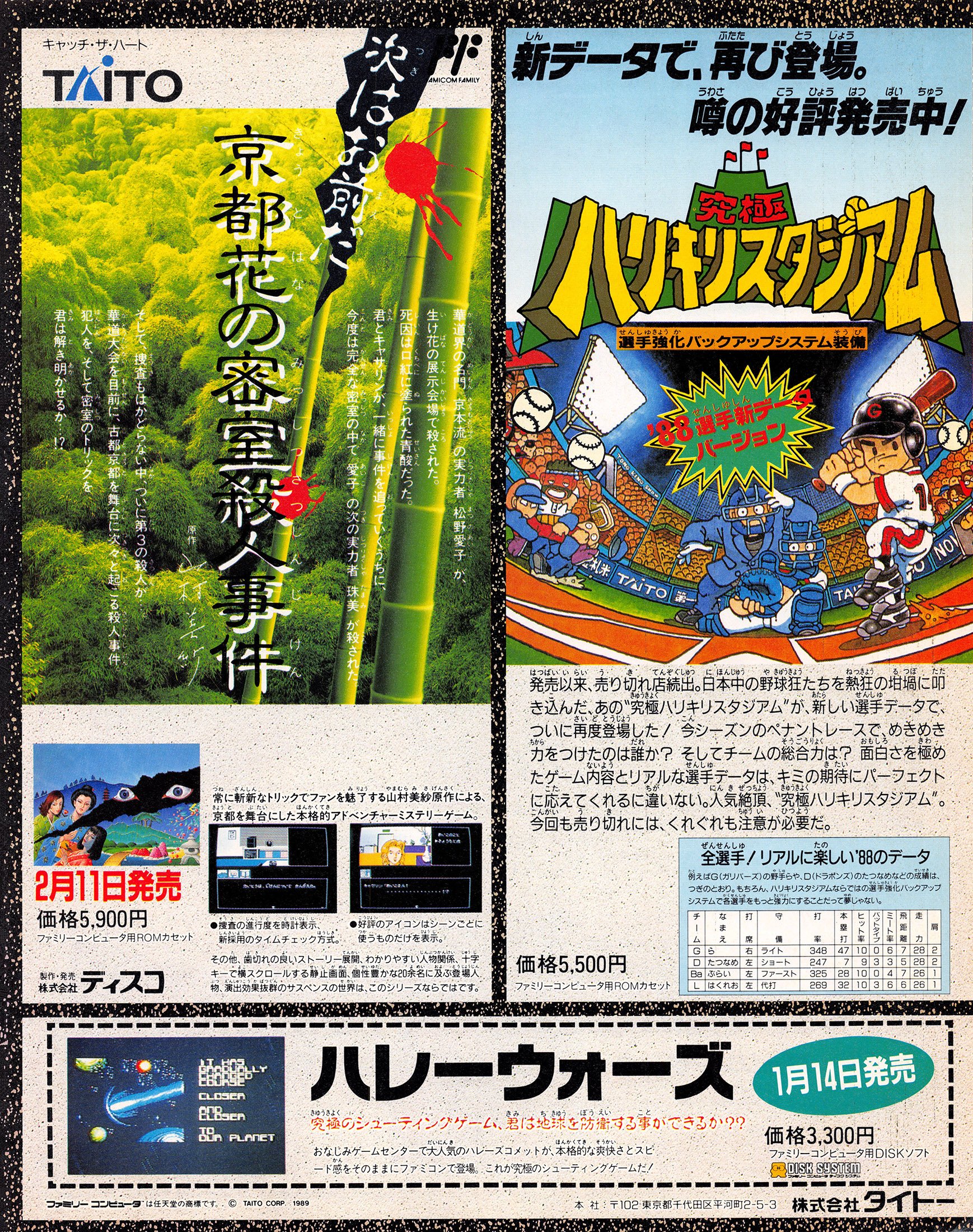 Kyouto Hana no Misshitsu Satsujin Jiken (山村美紗 京都 花の密室殺人事件, lit. Yamamura Misa: Kyoto Hana's closed room murder case) is a text menu-based adventure game developed by TOSE for the Famicom, and published by Taito on February 11, 1989. It is the second game based on the work of Japanese mystery novelist Misa Yamamura (the first being Yamamura Misa Suspense: Kyouto Ryuu no Tera Satsujin Jiken)

Halley Wars is a shoot-'em-up developed by ITL and published by Taito for the Famicom Disk System on January 14, 1989.