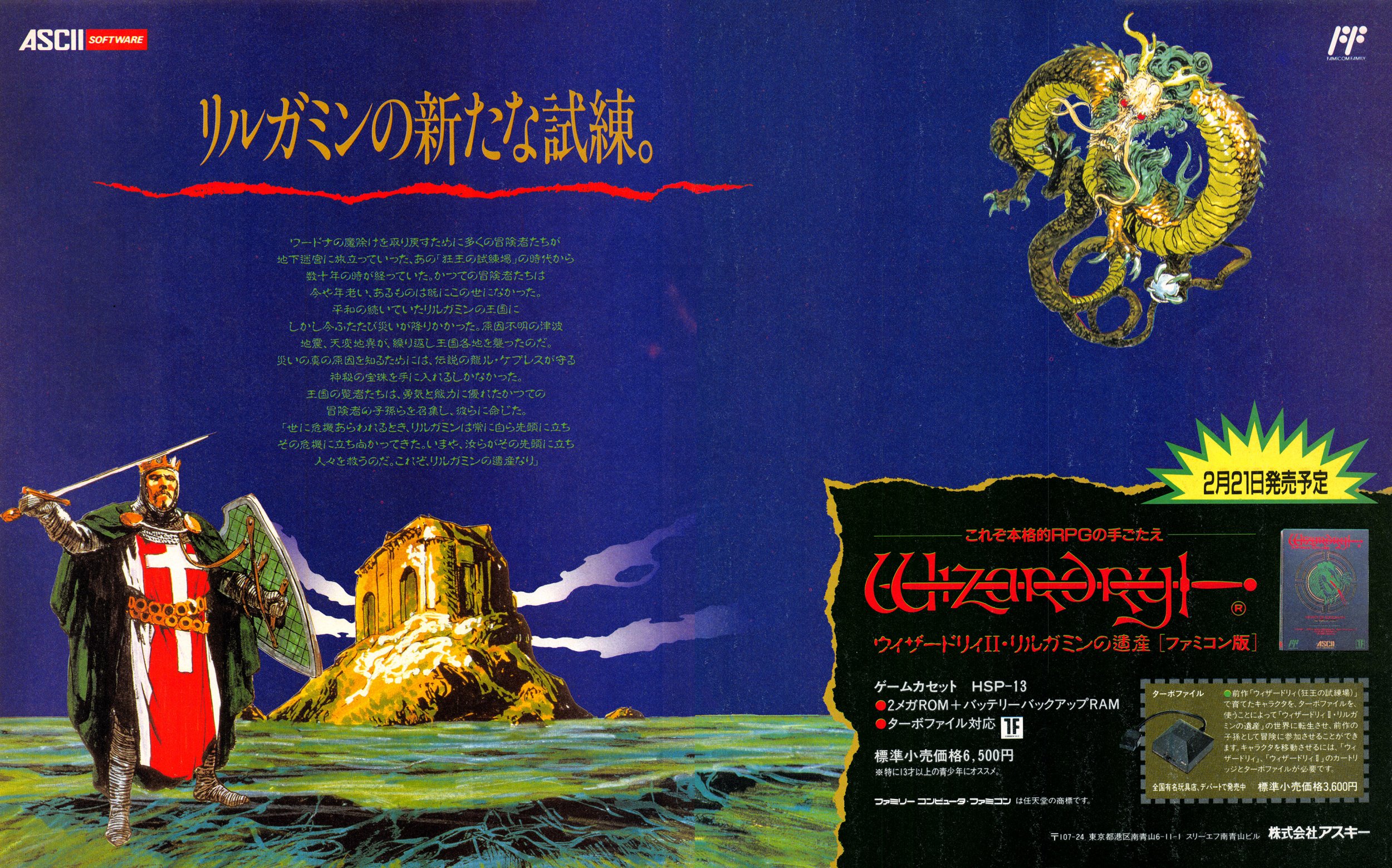 Wizardry II: Llylgamyn no Isan (ウィザードリィⅡ リルガミンの遺産) is a port of Wizardry: Legacy of Llylgamyn - The Third Scenario (also known as Wizardry III.)  Developed by Sir-Tech Software, it was published by ASCII Corp. for the Famicom on February 21, 1989.