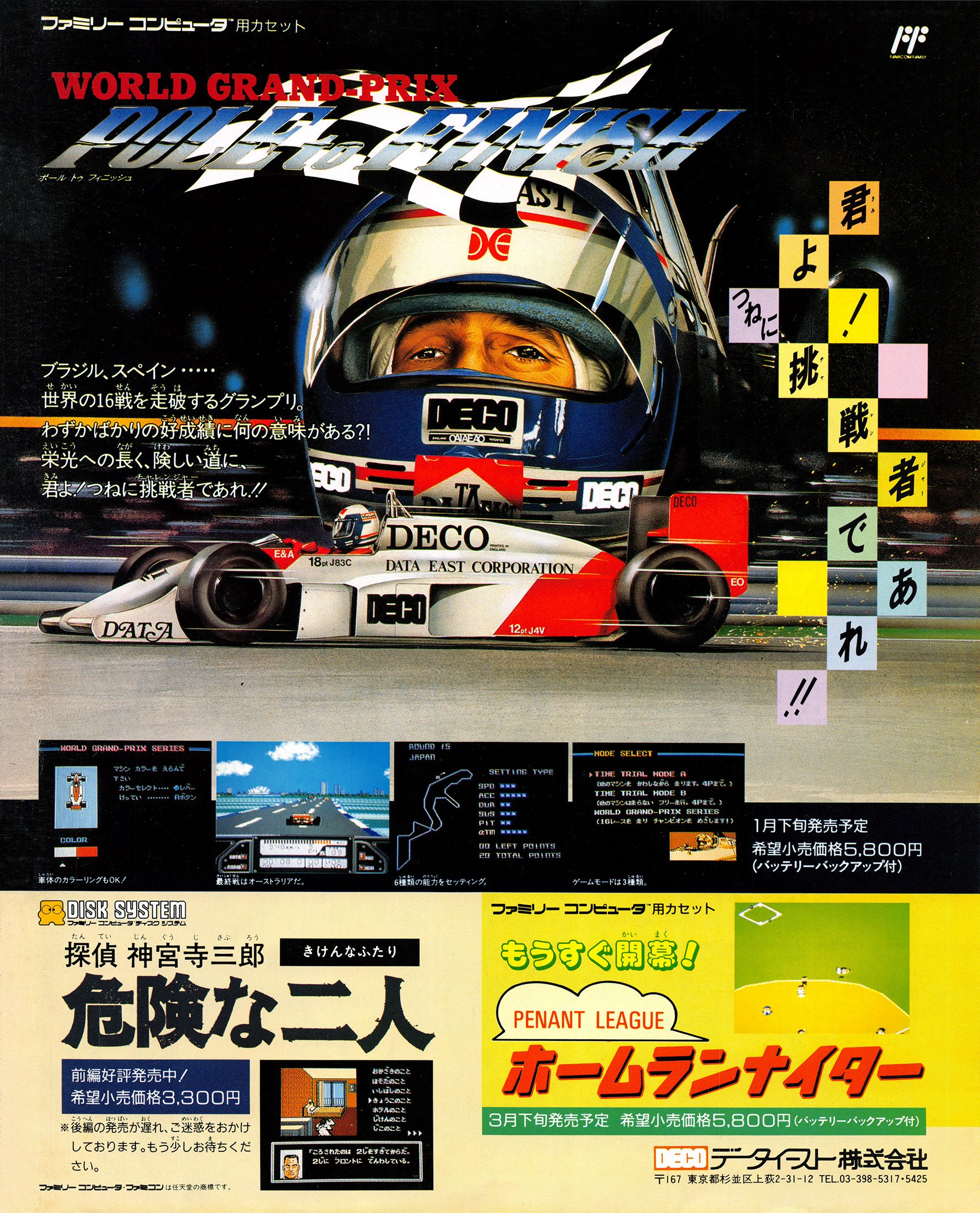 World Grand-Prix Pole to Finish (released in the USA as Al Unser Jr. Turbo Racing) was developed and published by Data East for the Famicom on January 31, 1989.