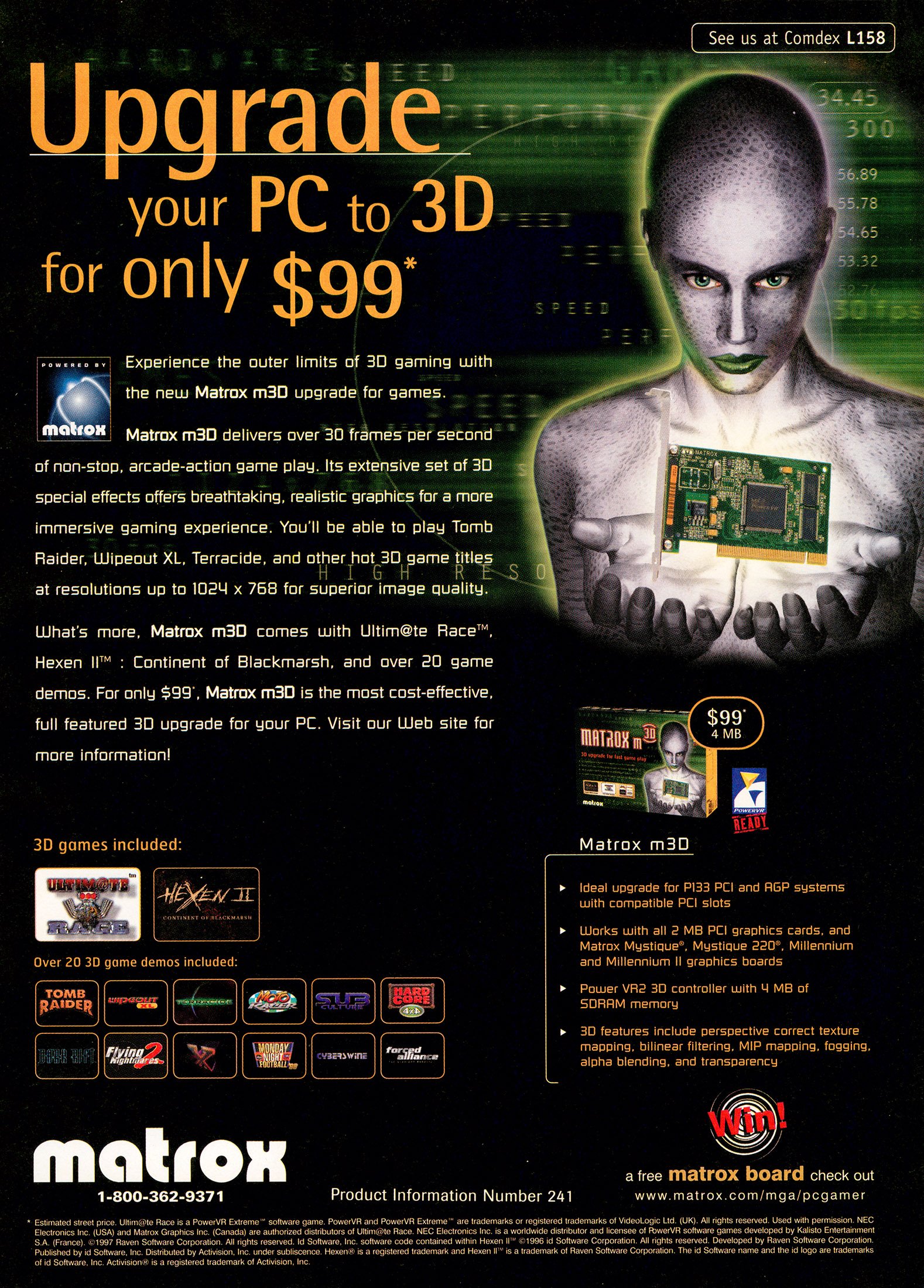 The m3D was an inexpensive, PowerVR-chipset graphics add-on card. These were a trap for the budget-conscious consumer, because unlike their more expensive competition (VooDoo boards), a PowerVR card's performance wasn't based on the card's hardware, but rather your system's CPU. If you were rocking a 300Mhz Pentium II with 64 megabytes of RAM, then you could get away with stuffing an m3D card into an empty PCI slot and get decent (for the time) frame rate in games like Quake II. But if you were looking for a cheap 3D card because you were building a cheap 200Mhz Pentium system, then...the trap was sprung: your rig wasn't strong enough, dawg, and you could enjoy frame rates in the really low double digits.