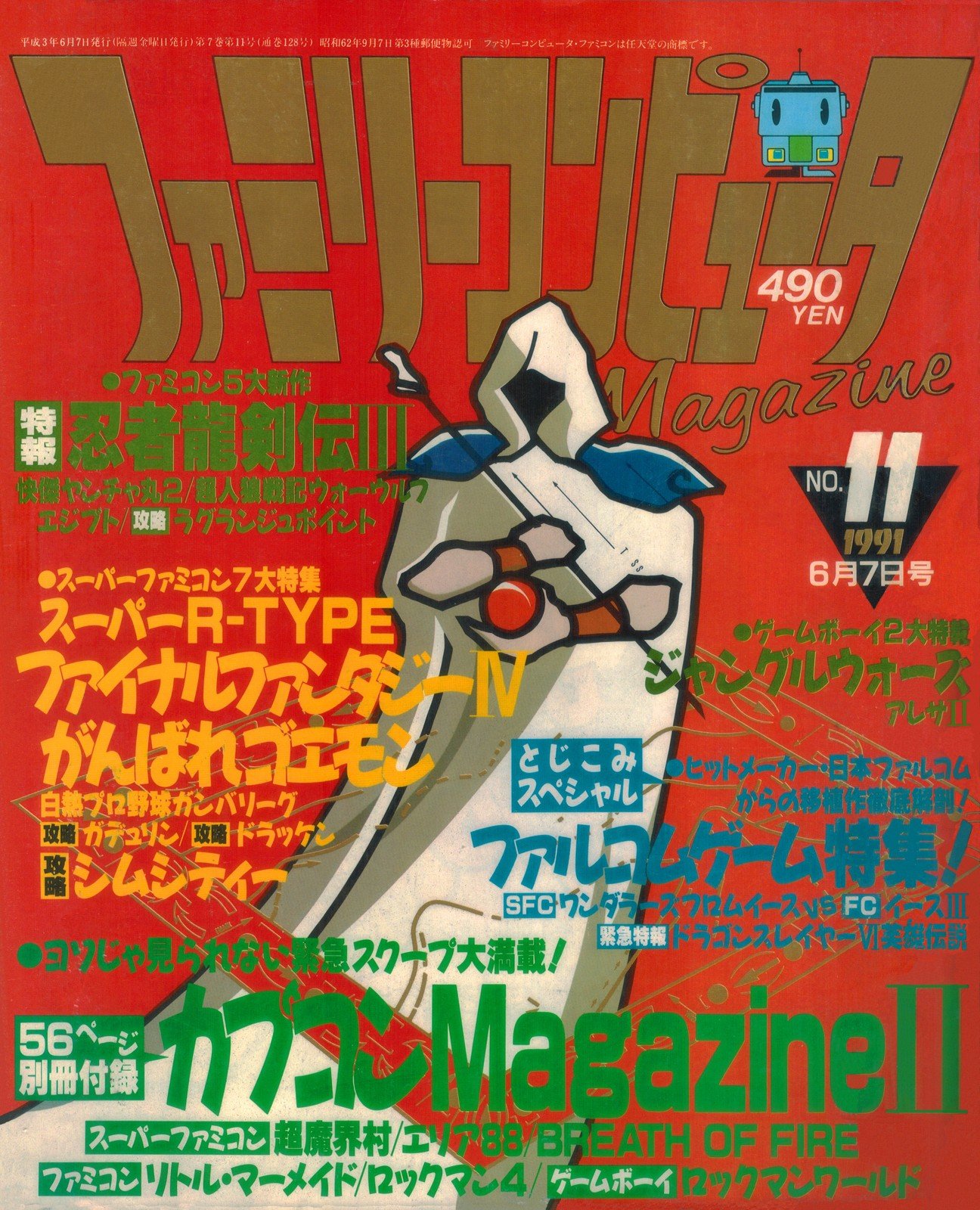 My cover scan of Japanese video game magazine Family Computer issue 11 June 7, 1991, although it most likely means the 11th issue released that year. I don't know too much about this magazine, since its the only issue I have and I had never heard about it until getting this off Ebay years ago. It has 232 pages, including a 15-page manga titled Lagrange Point. It seems to focus on Famicom and Super Famicom.