A Guide To Saturation, or How To Ruin Your Scans

If there's one single function of Photoshop I see horribly misused more than any other, it's the "saturation" adjustment.   Saturation increases the intensity of the colors in your image.  More color = better, right?  Good lord, no.  Too much saturation is one of the surest ways of ruining a perfectly good scan.

If you have a decent scanner, YOU SHOULD NOT NEED TO EVER ADJUST SATURATION.

It's true that a photograph could be taken in less than ideal lighting conditions, or with a poor quality camera, and so the colors of a photograph can sometimes be in need of a saturation boost.  However, we're not in the business of editing photographs, we're scanning magazines.  The images in magazines have already been professionally edited to look their best, and our goal is to digitally capture that look with a scan.

A terrible scanner cannot capture colors perfectly.  In particular, florescent colors are notorious for being difficult to capture accurately by lower-end scanners.  But a good scanner should be able to capture colors without much need for adjustment.  Perhaps a small tweak here or there, but nothing significant.  And I would like to again stress that saturation is one adjustment that should not need increasing.

I'm going to pick on an image that just got uploaded to our gallery. I apologize to the uploader and want to stress that I'm not trying to pick on them at all.  I don't know the source for their image or how (or if) they adjusted it in editing software.  But because this particular image is from a new magazine, there are pure digital versions of it available at the publisher's website, which allows us to compare the one uploaded here to an untouched digital image (a digital proof).

The untouched digital image is on the left.  This is the image as it is meant to look.  The edited or scanned picture is on the right.

The first thing you should ask yourself is: which do you think looks better?  Remember, the pic on the left is exactly as it was intended to look.  If you prefer the picture on the right, you should consider that either the color settings on your display may need adjusting, or else that your preferences in color composition are leading you to prefer something very different from what the image is supposed to look like, and you should keep that in mind whenever editing scans so you can rein in your natural inclinations when editing color. 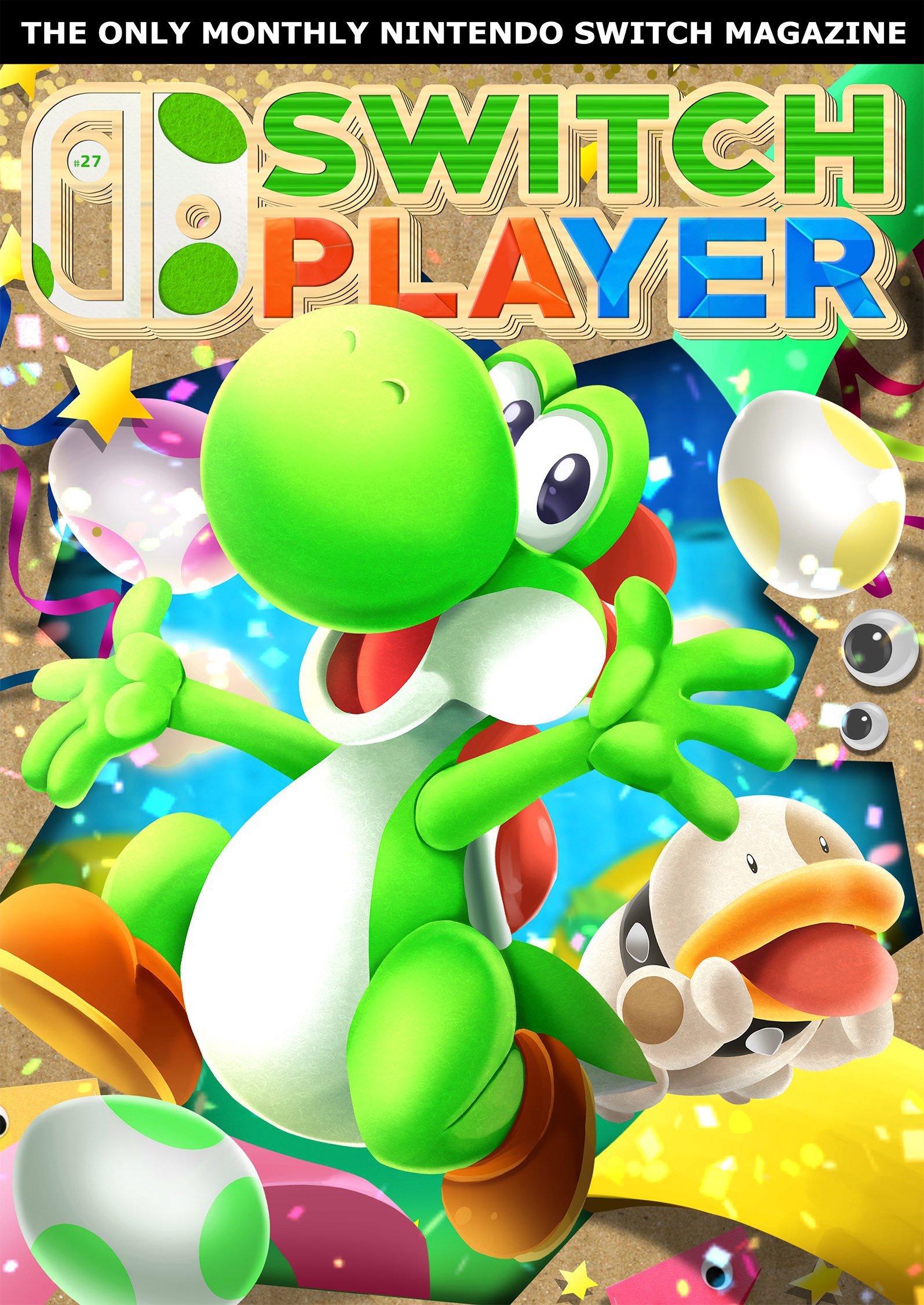 The image on the right suffers from over-saturation.  The colors are blown out, creating an unhealthy glow over the entire picture as well as creating some posterization (a loss of gradation between colors particularly noticeable in the shaded areas of the picture such as Yoshi's egg).  The shadows on Yoshi's white areas have turned much more green.  Almost all detail on the yellow area under the...dog-thing...has disappeared.  Now, to be fair, since I don't know the origins of the pic on the right, the colors could be the direct result of the scanner used, and not due to any adjustments in editing.

Regardless, by decreasing the saturation of the picture on the right, we can eliminate some of the yellow glow, even if lost detail can't be regained. 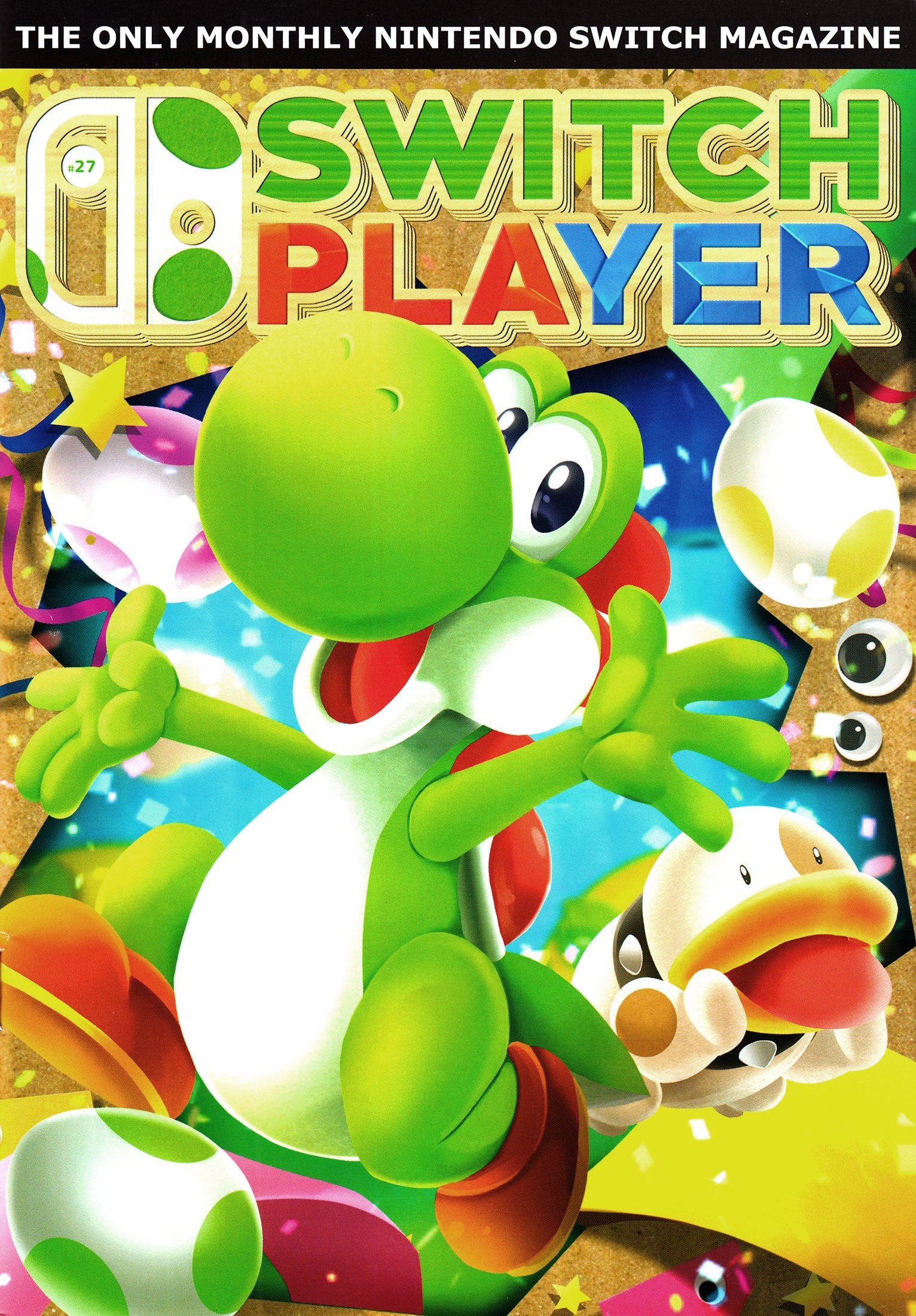 However, the colors in the original pic on the left don't actually match the de-saturated pic on the right.  Presumably the middle pic was not created using the digital pic on the left as its source, so the starting hues were likely different.  The hue of the color green in particular is noticeably different (in all three pictures).  So if you want to match the colors to those in the leftmost pic exactly, you'll have to get more creative than simply adjusting saturation levels, and doing so is probably beyond the skills of the casual user.  And assuming the middle picture (and thus the right pic as well) came from a scan, it's entirely possible that the printed mag itself had slightly different hues than the digital image.  However, I'd still argue that the colors in the center pic are grossly oversaturated, either as a direct result of a scanner or else editing in Photoshop.

Of course, the above is ultimately a silly example in the first place, since you're unlikely to ever be trying to edit a pic that has already been edited.

But this picture aside, sometimes you may feel that a scan absolutely doesn't have enough color to do the original image justice.  Particularly if you're using a flatbed scanner or other low-end scanner, the colors may be washed out and in need of a punch.

But still, I say - DON'T TOUCH THE SATURATION.  Not using the "Hue/Saturation" adjustment, anyway.  However, you may find better and more natural results by experimenting with the "Vibrance" adjustment (which has its own unique saturation adjustment, as well).

There's a million videos on YouTube about color adjustments, pretty much 100% of which are focused on editing photographs.  But with a magazine scan, I want something a little faster and easier than creating a million layer masks and adjusting different colors in different areas separately or other high-level, time-consuming techniques.  Here's another simpler trick worth experimenting with.

I saw this video and have had fun experimenting with this technique.  It can have pleasant results even with decent scans since it's a more subtle adjustment.

At the end of the day, of course, we're stuck with whatever our scanners spit out as our starting point.  A bad scan will be hard to make beautiful no matter what you do.  I just want everyone to be extremely careful if you're considering adjusting the saturation levels of your images. It seems a shame to put effort into editing only to make an image worse.