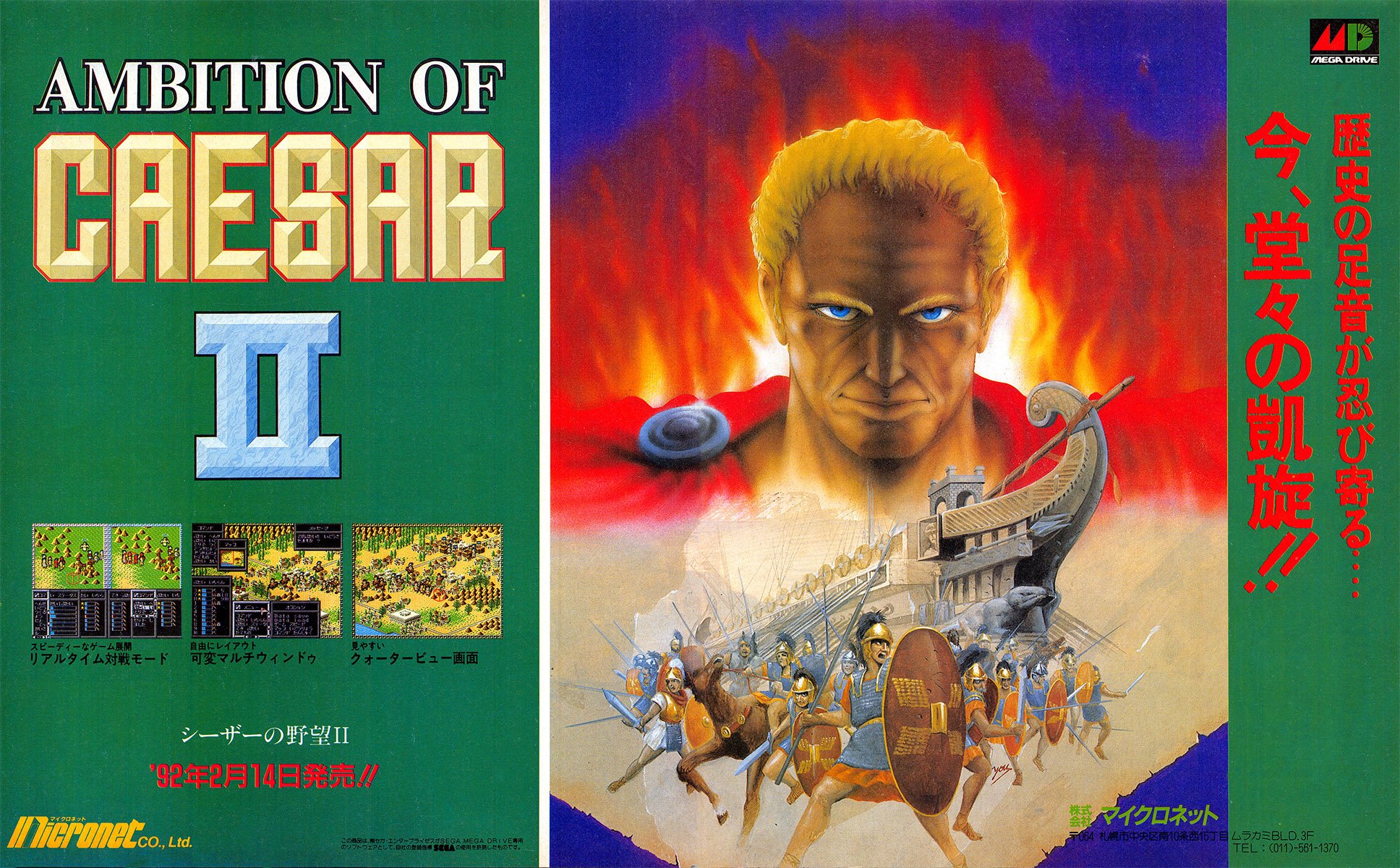 Ambition of Caesar II is a real-time strategy game similar to Populous, in which the player controls the Roman Army.
It was developed and published by Micronet for the Mega Drive and released for the Genesis in the US as Warrior of Rome II
Released: (JP) May 28, 1992
(NA) 1992