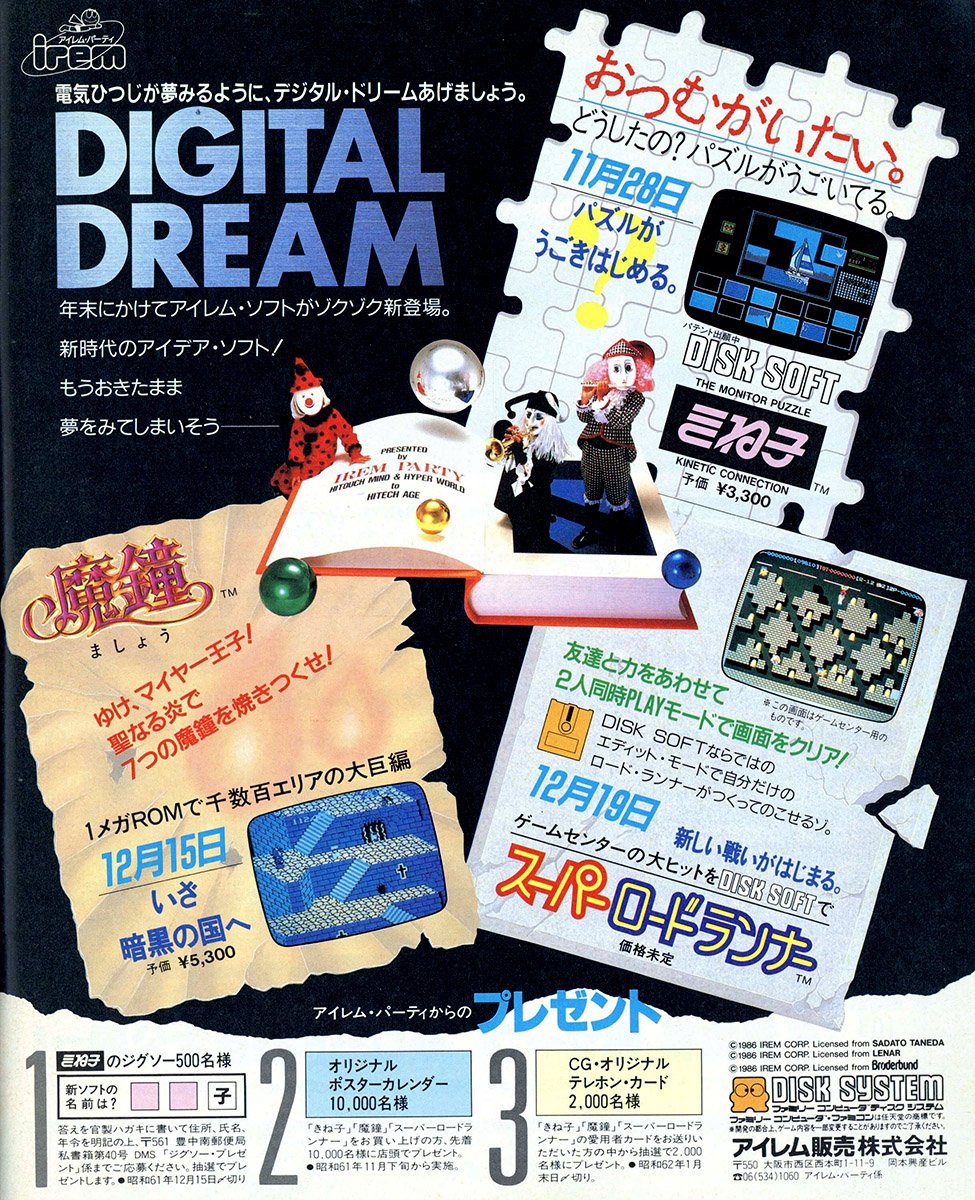 Mashou (Deadly Towers in the USA) is an action game with light RPG elements developed by Lenar and published by Irem for the Famicom.
Released: December 15, 1986

Kineko: The Monitor Puzzle is a puzzle game in which you are presented with an array of blocks on one of 16 MicroKinema (levels), which are split from a square grid. Pick up, rotate and place the objects to form a mystery image in the grid.
It was published by Irem for the Famicom Disk System in Japan and was released as Kinetic Connection by Electronic Arts on the Commodore 64 in the United States.
Released: (JP) November 28, 1986

Super Lode Runner is a platform puzzle-solving game developed and published by Irem for the Famicom.
Released: March 5, 1987