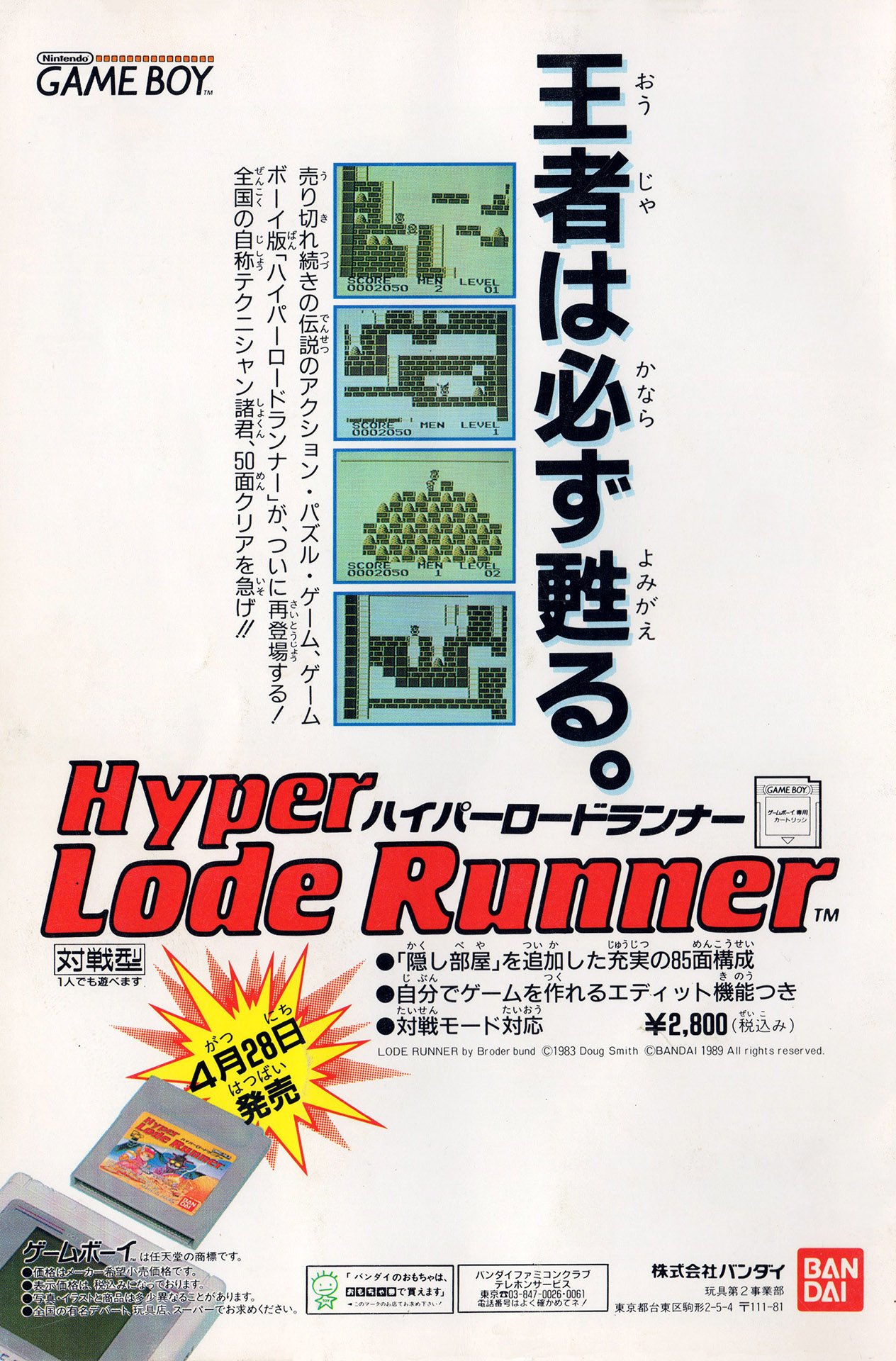 Hyper Lode Runner is a puzzle game developed by Tose and published by Bandai for Game Boy.

Online sources including the Japanese Wikipedia page say this game was released in Japan on September 21, 1989.  However, this ad, from late April/early May 1990, clearly states that the game will be released on April 28, suggesting that the Internet is wrong.